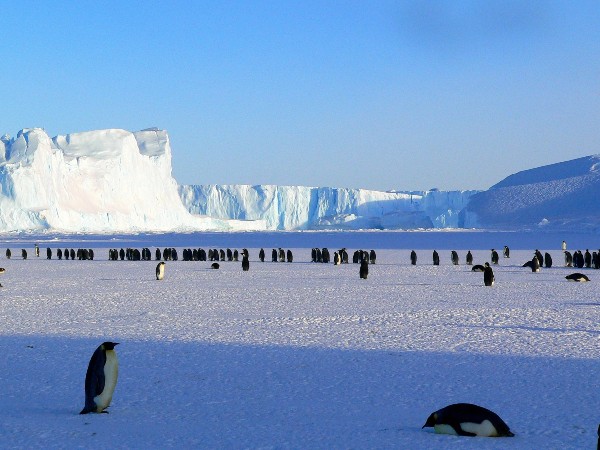 One of the most isolated places on earth, Deception Island is unquestionably the most popular tourist attraction in Antarctica. The island, which can be found on the edge of Antarctica, is home to hundreds of thousands of penguins and only a few tiny scientific outposts. It is one of the few locations on earth where a ship may cruise right up against an active volcano.

Deception Island is located island in the South Shetland Islands, an archipelago near the edge of the world and Antarctica. The islands are located hundreds of miles south of South America and around 70 miles north of the Antarctic continent.

On Deception Island, a remarkable quantity of life thrives despite the harsh surroundings. There are 18 distinct species of lichens and mosses that flourish, including two that are exclusive to the greater Antarctic region. This volcanic island is also home to a variety of wildlife, including nine different seabird species that visit there for breeding.

The largest chinstrap penguin colony in the world is located at Baily Head, which is located in the southwest portion of the island. Many areas of the island were put to the Antarctic Specially Protected Area list, prohibiting development there and allowing access only to those with a special permit, in part to conserve this robust wildlife community.

Deception Island offers excellent trekking options because it is not entirely covered in ice. Visitors can trek up to Neptune's Window, a panoramic viewpoint, and observe the abandoned whaling village. Adventuresome visitors can swim in Pendulum Cove's geothermal waters, and photographers will particularly appreciate the captivating scenery of Telefon Bay.

Deception Island's unusual horseshoe shape can be attributed to a massive volcanic eruption that occurred more than 10,000 years ago. It has served as a refuge for people making the frequently dangerous trek into the Southern Ocean throughout contemporary history. A tiny entryway into the sea-filled crater serves as a natural harbour for ships seeking safety from the raging waves.

Early in the nineteenth century, the British initially claimed Deception Island; however, after locals were forced to escape due to volcanic explosions, the island was abandoned in 1842. Before the British once more asserted sovereignty in 1908, claiming that it fell under the jurisdiction of the Falkland Islands, Norwegian whalers established residency on the island at the beginning of the twentieth century. Although numerous nations have since claimed Deception Island, it is presently governed by the Antarctic Treaty System.

Deception Island served as the starting point for numerous Antarctic expeditions and is now renowned for its lovely black sand beaches made of volcanic rock, breathtaking black-and-white scenery, soothing hot springs, and role as a research outpost.

Things to do at Deception Island:

How to reach Deception Island:

By Water: A boat is required to reach Deception Island. The majority of tourists travel there by cruise ship from Ushuaia in Tierra del Fuego, Argentina.

By Air: fly to the Eduardo Frei Base on King George Island, where you can board a boat for a tour of Deception Island & the Antarctic Peninsula.