Chennai To Chidambaram - The Pilgrimage Hub Of Tamil Nadu 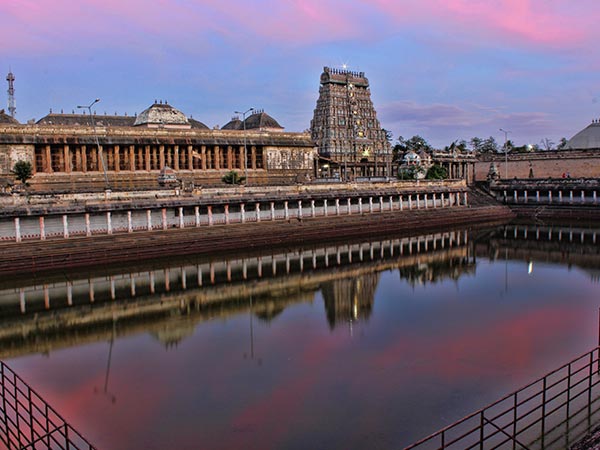 Chidambaram is an ancient town in the Cuddalore district that serves as the taluk headquarters of the Chidambaram taluk, and is placed 235 kilometres from Chennai. Pichavaram wetlands that are the second largest mangrove forests in the world has a significant portion of thillai trees surrounding this beautiful temple town.

On an average, it should take 4-6 hours by road to reach Chidambaram from Chennai. All the travellers and guests prefer using the roadways to commute the entire journey. Though a preferred destination for all types of travellers, it is recommended to go there either solo or as a couple.

Best Season To Travel To Chidambaram

October to March is the best time to travel to Chidambaram. The temperature is pleasant, neither too hot nor too cold, ideal for travellers and devotees who come over for leisure tours and pilgrimages respectively.

How To Reach Chidambaram

Major cities in the country are connected to Chidambaram via train and road, as there is no airport in the town, with the nearest being the Pondicherry Airport, 51 kilometres away. People prefer to commute via road through taxis or cab.

Best Route To Travel To Chidambaram

Route 2 offers a fun-filled and exciting journey that travels all along the coast of Tamil Nadu. It gives you access to incredible vistas and amazing natural scenic views.

A metropolitan city known for its enduring passion and connection with religion, culture, heritage, cinema and cuisines, Chennai is like no other city in India. There is something in store across all age groups, for all types of travellers. We assure you that you will be surprised after soaking in the madness, flavours, vibrant colours and warmth of the city.

The winter season is a time when Chennai is at its cultural best. And if you wish to get some solitude, peace and tranquillity, head to the peaceful sandbars of Chennai.

Approximately 57 kilometres and 1 hour and 30 minutes away from Chennai, Mahabalipuram is a small city popular with rock-cut caves and delicately carved temples. Placed on the Coromandel Coast of Tamil Nadu, this city boasts of rich history and alluring scenic vistas. The white sandy beaches dotted with casuarina trees can just be one of the reasons to visit this exciting beach destination.

Some of the favourite tourist hotspots include the Five Rathas, the Crocodile Bank, the Shore Temple and the beach resorts in Sadras and Kovalam.

One of the seven union territories that was once a French colony, Puducherry oozes with several colonial heritages and heavy influences in its culture and cuisines. Set 2 hours or 99 kilometres away from Mahabalipuram, the older part of the Puducherry is entirely different from new Puducherry and features tiny houses, cafes, hotels and street-side vendors.

Puducherry receives several visitors from Chennai, Bangalore and other neighbouring cities in South India and is dotted with beautiful beaches all around and one of the prime yoga hubs in South India. A colourful town with delightful cuisines and liquor, picturesque beaches, ashrams, breezy shores and a peaceful environment, Puducherry invites all types of travellers. Auroville and Shri Aurobindo Ashram are the prime attractions of this beautiful biodiversity destination.

One can quickly cover the last 63 kilometres within 1 hour and 30 minutes. This ancient town in Cuddalore district is known for its imposing gopurams, iconic Dravidian architecture and stunning vistas.

Tourist Attractions In And Around Chidambaram

There are several tourists attractions in Chidambaram that define the incredible beauty of this ancient city. Chidambaram is often referred as one of the famous shrines in India. It also is one five Bhutasthalas that showcases the five elements of wind, water, fire, earth and space.

Dedicated to Lord Nataraja or the dancing posture of Lord Shiva, this is one of the leading temples in the region. Placed in the heart of the town, this temple, built in the 10th century by the Chola regime, has seen several renovations through its history under the Chola and the Pallava regimes. The massive walls, four large shikharas in four directions, a significant Sivaganga tank, several attractive inscriptions, cravings, gopurams and five mandapams steal the limelight of this temple.

One of the famous picnic spots is placed 16 kilometres away. Spread over 11,000 hectares, these backwaters offer stunning scenic views of the 3000 acres of mangrove forests. There are several tours and creeks arranged to explore every corner.

There are mini memorials of Balambal or Thaiyalnayaki, Muthu Kumaran and Vinayaka placed inside the main temple complex. But under the limelight is the shrine of Lord Subramanya as Muthukumaran. The temple also houses bronze statues of Angaraka, Jatayu, Nataraja and many other sculptures.

Towards the north of the Nataraja Temple is this temple dedicated to Goddess Kali. The main idol features four faces. Built during the 13th century by Kopperunjingan, several pilgrims and devotees can explore the several inscriptions in the temple that depict the ancient Hindu Shoza periods.

A famous university in the region covering a massive area of approximately 300 acres of land, Raja Sir Annamalai Chettiar inaugurated this university in 1929. There are several courses of varied disciplines offered in this residential university.