Nativeplanet
»
Travel guide
»Budget 2023: What are the Expectations Of The Travel, Tourism and Hospitality Industry

Budget 2023: What are the Expectations Of The Travel, Tourism and Hospitality Industry

The year 2019 proves as the best year for Indian Hotel Industry as travel and tourism were booming at a great pace like never before, but soon in 2020, it became an industry that became the first one to get hit by COVID-19 and eventually the last one to recover from the losses occurred.

The COVID-19 effect on the Indian hospitality sector was so severe that the industry's overall performance was adversely impacted. Instead of having an average occupancy of 65% in 2019, it fell as low as 9% in the first half of FY21. Travel, Tourism, and Hospitality industries go hand in hand. Either of them suffers, and it impacts the other two clearly.

As per UNWTO (World Tourism Organization), Covid-19 delayed international tourism by 30 years, and the number of foreign visitors has still not fully recovered. Due to COVID-19's effects, the hotel sector saw a huge decline over the past two years. However, the sector recovered as tourists resumed their journey in full force after the fight for life is done to COVID-19.

The hotel industry has recovered from the effects of the pandemic, but it is worried about the high rates of the goods & services tax (GST) on hotel rooms and the government's lack of support in the most recent budget of 2022-2023.

Executives anticipate Budget 2023-24 to pick up the pace of growth as the industry anticipates a comeback in 2023. In the next Union Budget for the fiscal year 2023-2024, the Government of India (GoI) must provide the hospitality sector infrastructure status, which is one of the key demands made by the sector.

Even while the sector is still recovering from the effects of the pandemic, occupancy and room revenue have returned to pre-COVID levels, and it is anticipating government support to accelerate the growth pace.

Chander K Baljee, the Chairman and Managing director of Royal Orchid & Regenta Hotels, stated, We now have several new roads across the nation, such as the Shimla-Chandigarh Road, which will shortly be put into service. The distance & travel time will be cut by around two hours as a result. 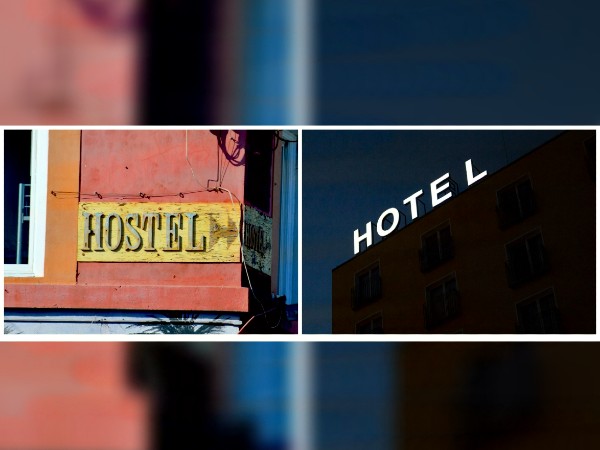 Hotel vs. Hostel: Know What Suits You Better

The Bangalore to Mysore Road is nearly finished, cutting travel time in half. The country's tourism industry will benefit from the increase in connectivity. Additionally, we have observed a rise in religious tourism in hotspots like Ujjain, and Ayodhya, as well as other locations. Therefore, I believe this government has performed effectively in this area.

Long weekend vacations are another trend we've noticed. Long weekends are quite helpful in our country since young people today prefer to take a couple of small trips rather than one long vacation.

We request long-term loans from the government & finance ministry. There is a significant gestation phase in the hotel industry, which means it takes 3 to 4 years to build a hotel, another 2 to 3 years for it to settle, and then the repayment period begins, which is very stressful.

Hotel loans are therefore 15 to 25 years in length globally. The Indian hospitality sector should adopt a similar structure as well, as it will likely result in fewer NPAs and difficulties than in the past.

Pradeep Shetty, President, HRAWI, and Executive Committee Member, FHRAI, stated although we are closely monitoring the situation, there is currently no cause for alarm and most definitely no need to worry.

However, the 2 years of the pandemic dealt a devastating blow to the hospitality sector. As a result, we anticipate that the upcoming Union Budget will permit establishments to carry forward business losses for up to 12 financial years instead of the current eight, in light of the massive losses that occurred to the sector.

In order to request infrastructure status for the hospitality sector in the upcoming budget, representatives from the Federation of Hotel & Restaurant Associations of India (FHRAI) met with Finance Minister Nirmala Sitharaman last month.

They had asked that the present barrier of hotels, established with an investment of Rs 200 crore, be lowered to Rs 10 crore in order to support budget segment hotels under the RBI infrastructure lending norm criterion. According to the FHRAI, this will enable hotels to obtain term loans with reduced interest rates and profit from longer repayment terms.

The finance minister has included a proposal in Budget 2022 to extend ECLGS for MSMEs until March 2023 and to increase the guarantee cover by INR 50,000 crore, with the money going specifically to businesses in the hotel and associated industries.

The FHRAI has also encouraged the government to increase the loan payback time to 10 years and to extend the loan term for the hotel industry for a maximum period.

Tourism has been named one of the five main pillars of Indian economic development and prosperity by Prime Minister Narendra Modi. Both domestically and globally, the hospitality industry plays a significant role in tourism.

There is little doubt that the hotel industry will be the driving force behind the government's goal of creating 53 million jobs. According to a poll by the Ministry of Tourism, the hospitality business employs significantly more people than industries like agriculture, manufacturing, railroads, and transportation.