Nativeplanet
»
Travel guide
»Best Places to Visit In and Around Madurai

Best Places to Visit In and Around Madurai 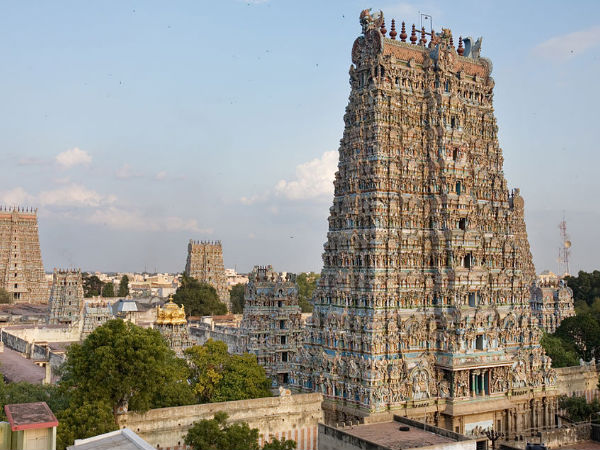 durai is an ancient city located on the banks of Vaigai river in Tamil Nadu. With magnificent temples that flaunt the expertise of the artisans and a rich history that still attracts tourist and travellers to the city, Madurai is undoubtedly one among the top tourist places in Tamil Nadu.

Though there are many tourist attractions in and around the temple city of Madurai, there are some of them that are definitely not to be missed if you happen to visit the place. Let us look into the best places to visit here.

Meenakshi Amman Temple, also known as Meenakshi Amman Kovil or Madurai Meenakshi Temple, is one of the names synonymous to Madurai. It is the largest temple complex in Tamil Nadu, and is also among the Seven Wonders of India. There are around 33, 000 sculptures in this huge temple complex, and the structures here are some of the finest examples of Dravidian architecture.

To read about some interesting facts about Meenakshi Temple, click here.

The Gandhi Museum in Madurai is one of the five such museums in India, and is among the top attractions of the city. The museum holds several belongings of Gandhiji including his blood stained dhoti that he wore on the day of his assassination, his photographs, and also a bookstore that has a collection of books on his life and philosophies.

Located around 2km towards the west of Madurai city, the Koodal Azhagar Temple is one of the ancient temples in South India that has a brilliant display of sculptures, paintings and other images that boast of the rich past of the place and its contribution to art and culture.

Goripalayam Dargah is the biggest mosque in the city. This 13th century structure stands to the north of Vaigai river. This beautifully built structure has imposing domes that are 70ft in diameter and 20ft tall, which are carved from a single stone.

Pazhamudhir Solai or Pazhamudhircholai is a famous Murugan Temple around 20km from the city of Madurai. The temple is considered as one of the holiest six shrines (known as Arupadai Veedu) of Lord Muruga.

If you still have time to explore the city and its surroundings, do visit the other attractions that include Thirumalai Nayakkar Palace, Tiruchuzhi, Thiruparankundram, Vaigai dam and Vandiyur Mariamman Teppakulam.

Travel to this ancient city that is closely connected to the re-establishment of Tamil language, and also known for its delicious cuisine. Taste the real flavour of Tamil Nadu here, which makes the place a favourite among foodies and travellers alike.

Comments
Read more about: madurai travel india tamil nadu
Other articles published on Dec 21, 2016
We use cookies to ensure that we give you the best experience on our website. This includes cookies from third party social media websites and ad networks. Such third party cookies may track your use on Nativeplanet sites for better rendering. Our partners use cookies to ensure we show you advertising that is relevant to you. If you continue without changing your settings, we'll assume that you are happy to receive all cookies on Nativeplanet website. However, you can change your cookie settings at any time. Learn more
Change Settings Continue