Best Places To Visit In Odisha During the Monsoon Season 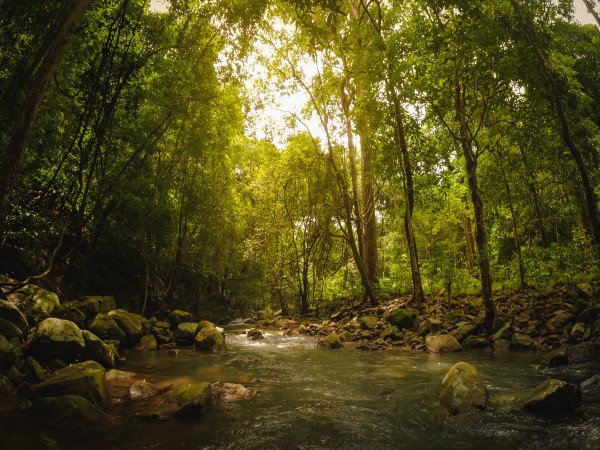 Moreover, you have a considerable number of reasons to visit Odisha this monsoon; one being the monsoon weather itself, Jagannath Rath Yatra starting on 1 July in Puri, and the remaining are the bounties found in Odisha's every nook and cranny.

So, have a look at these best places to visit in Odisha in monsoon and pick the monsoon destinations that can make into your travel list.

This spiritual capital of Odisha is one of the most-visited places in India. Puri, far-famed as "Shrikhetra." is a part of Char Dham (four famous pilgrimage destinations in India). It is believed that without a visit to this sacred place, the spiritual journey of the Hindus would remain incomplete. Puri is quite a favourite for family excursions; and the tropic climate, leisure hotels, and retreats make it a quick escape from the hustle and bustle of life. Its remarkable ancient temples, the beautiful beaches and the richness of the cultures here make an excellent amalgam for tourists and nature lovers. Popular attractions in Puri include District Museum, Ashramas and Mattas, Gundicha Temple and Puri Sea Beach.

Located in the Ganjam district in the southern part of Odisha, Gopalpur is a famous sea beach and commercial port of Odisha. Over the decades, Gopalpur has transformed itself from a colonial site to a major port of the east. Also, Gopalpur boasts several natural bounties and beaches that attract locals as well as tourists from around India. Inland of this lesser-known tourist place displays a long stretch of cashew plantations which are exported through the same port.

Flowing across Puri, Khurda and Ganjam districts of Odisha, Chilika lake covers a mammoth 1100 Km in area. It is the largest lagoon in India and the second largest in the world. This brackish water lagoon is popular for the sightings of Dolphins, and other aquatic animals and a wide range of eco-tourism. A comprehensive ecosystem for the fishery, it is a notable wintering ground for migratory birds and also home to many endangered species.

Spread across a massive 1555 hectares, Nalabana Bird Sanctuary serves as a homeland to a vast ecosystem. Nestled in one of the islands of the second largest lagoon in the world, Chilika, this bird Sanctuary is a massive forest abode to countless wildlife refuges. The fusion of sweet river water and salty seawater provides the perfect home for diverse aquatic life and birds.

Chandipur Beach is nothing like any other beach you find in India; it has a trick up its sleeve. It is known to showcase one of the best vanishing moves you will ever come across. The water by the sea gradually recedes during low tide and then slowly comes back during high tide. So, what is expected to be a seashore transforms itself into a wetland, playing tricks with people's minds. Also, Chandipur is renowned for its seafood - especially the prawns and pomfrets and other shellfish cooked in Odiya-style. Treat yourself!