5 Places To Visit In Delhi This Republic Day 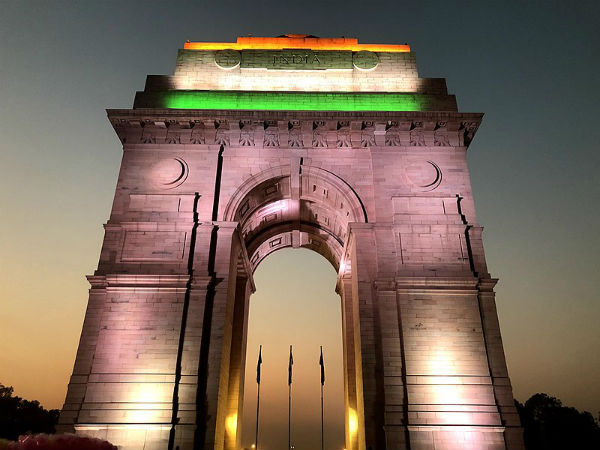 With India prepping up to commemorate 72nd Republic Day, the enthusiasm is at an all-time high! By the start of January, you will find colours of the Indian National Flag dominating every corner of Delhi. Moreover, many shopkeepers also clear out some space in their shops to sell miniature national flags, wrist bands, sell flag pins, and many other things to uplift the spirit of liberation even more.

Now, it is a national holiday, which, for most of us, is an ideal time to sit back and relax. However, this time around it falls on a Sunday, so what about stepping out to explore some of the popular landmarks near Delhi! Trips on Republic Day have a charm of their own, and what better place to do it than Delhi.

Delhi, known for its majestic heritage sites and monuments is sure to make you proud. Here are five best places to visit near Delhi this Republic Day!

Rai Pithora is far-famed to be the first city of Delhi. It was constructed by the mighty ruler, Prithviraj Chauhan, after winning over the Rajput of Tomara Dynasty in the 12th Century. Though this city does not exist anymore, you can find a fortified complex of Qila Rai Pithora wherein you can visit the gateway of Lalkot, various bastions, Tomb of Azim Khan, Statue of Prithviraj Chauhan, and many such remnants of the historical city.

Mehrauli is known for its archaeological area which encompasses India's tallest monument - Qutub Minar. This 73-metre tall structure is one of the best places to visit on Republic Day in Delhi. Qutub Minar is not only known for its height but also the intricate designs and artwork is done on it. Boy oh boy, it is brilliant! Apart from this, the Qutub complex also has other significant structures like the Iron pillar, unfinished Minar, and the tomb of Iltutmish, a monument of Imam Zamin, Alai -Darwaza, and a mosque.

Wait, there's more. Mehrauli also has other monuments like Jahaz Mahal, Hauz-i-Shamsi, Zafar Mahal, and many such historical places.

This is at the heart of this matter. Old Delhi is the hub of historical forts and monuments. And one of the iconic fortresses of India is situated here - the Red Fort. Built by Shah Jahan in 1639, this magnificent fort is an absolute must-visit place in Delhi. You can visit the fort either a day before or after the Republic Day celebrations at Red Fort have concluded. Other places to visit in Old Delhi include Jama Masjid, Dariba Kalan, Chandni Chowk, and Salimgarh Fort, to name a few.

Your Republic Day excursion will be incomplete if you don't visit India Gate. India's glory lies here with the names of the 70,000 undivided Indian Army soldiers who fought the First World War. With the Amar Jawan Jyoti burning with all its pride, India Gate looks spectacular in the evening when the entire structure is lit up with the arch of gate lit in the tricolour.

Recently, the premise of India Gate has seen an addition to its glory in the form of National War Memorial. This war memorial is built to honour the officers and soldiers of the Indian Armed Forces who laid their lives fighting for India in the wars that took place post-. It doesn't matter if you are visiting on Republic day or after, the enthusiasm and patriotic vibe around India Gate are always high.

Last but not least, one of the best places to visit on Republic Day visit is the Raisina Hills. Encompassing the magnificent Rashtrapati Bhawan, North Block, South Block, you will not have a better place than this to feel what patriotism contemplates.

Though the Rashtrapati Bhawan remains closed during the Republic Day week, you can still visit the area up to north and south block. You will get a glimpse of this beautiful structure from there, but if you want to visit beyond that area, you can always visit later once the Republic Day celebrations are over. When you visit the India Gate, you can quite somewhat see the dome of the Rashtrapati Bhawan with the Indian Flag waving high gloriously. In the evening, with the entire facade lit up, the premise of Rashtrapati Bhawan looks stunning when the colours of the National Flag make their way through the lighting phenomena.