Beautiful Places In Gulbarga: From Architectural Marvels To Spiritual Sites 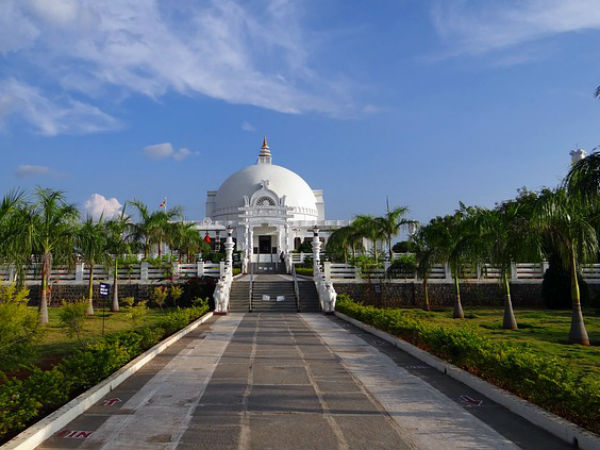 Gulbarga is one of the significant historic towns in the state of Karnataka and has been through several centuries during which it flourished and prospered immensely. As the exact history of the town is still unknown, it is believed to have been in existence since the advent of the Common Era.

The early history of Gulbarga dates back to the 6th century when the Rashtrakuta dynasty was ruling its boundaries. However, later on it was conquered by several other dynasties, which include Chalukyas, Hoysalas, Yadavas, Kalachuris and Kakatiya, until it went under the control of Muslim invaders, starting from the Mughals.

Hence, you can find a lot of historical places and ancient sites within the boundaries of Gulbarga which depict its winsome and miserable past. Following are the major places which you must not forget to explore while in Gulbarga, especially if you are looking to learn in detail about its past and present.

Visited by thousands of his followers, this beautiful temple also boasts of architectural beauty and a green atmosphere. The presence of a beautiful garden surrounding the temple site helps in drawing the attention of several nature lovers, too, on account of its peaceful environment. If you desire to spend quality time amid a devotional aura, then you must visit Sharana Basaveshwara Temple in Gulbarga.

The ultimate stoppage to learn in detail about the history of Gulbarga, this majestic fort is certainly a spot to explore. Located in the vicinity of Bhima river, Gulbarga Fort is said to have been established during the 14th century by Sultan Ala-ud-Din of Bahmani dynasty. However, later on it was expanded by several other rulers who took its possession in the subsequent period.

Today, the fort stands in its ruins and is one of the least-explored yet beautiful forts in India which are certainly capable of narrating the past of Medieval India. So, if you are an ardent lover of history and always look forward to exploring hidden sites, then Gulbarga Fort is your calling this season.

Apart from its majestic appearance, the fort is also a gorgeous piece of artistry, which can be clearly figured out once you start scrutinising its tough walls and commendable setting. Wouldn't you love to unveil such an amazing beauty which can showcase the entire history of Gulbarga?

Buddha Vihar is one of the recently-built architectural marvels in the town of Gulbarga and is also one of the most-visited tourists spots. It is a Buddhist Temple which is constructed to spread the beauty of spirituality and its advantages of leading a happy and prosperous life.

Resembling the structural formation of the Great Sanchi Stupa and other stupas in Sarnath and Ajanta, the complex of Buddhist Vihar at Gulbarga is all set to calm your mind, body and soul and let you dive in for introspection. You must not forget to catch a glimpse of this undeniable beauty where you can certainly learn to reform and beautify your life.

Koranti Hanuman Temple, clear from its name, is dedicated to Lord Hanuman, the monkey king and an incarnation of Lord Shiva, and is frequented by hundreds of Hindu devotees every month. Even though the building of the temple is a newly-constructed, its site is believed to have been worshipped since the last five decades. Apart from its Hindu style of architecture, the major beauty which attracts tourists from all over the state lies in its surroundings, which make for a peaceful weekend.

Located within the boundaries of Gulbarga Fort and built in Indo-Saracenic style of architecture, Khwaja Banda Nawaz Dargah is an ancient mausoleum and is dedicated to Khwaja Banda Nawaz, who was one of the respected Sufi saints in the region of Mysore state in the past.

Adorned with beautiful paintings and intricate patterns, the walls and the ceiling of this tomb certainly need to be explored by an architecture enthusiast. If you are looking forward to learning about the history of Muslim rulers in Gulbarga, then Khwaja Banda Nawaz Dargah is one of the few places you should not miss visiting.

You can also explore certain other places within the boundaries of Gulbarga, which include Haft Gumbad, Gulbarga Dargah, Ladle Mashak, Ram Mandir, Shor Gumbad and Jama Masjid.

Comments
Read more about: india travel tourism forts karnataka temples parks
Other articles published on Jun 13, 2018
We use cookies to ensure that we give you the best experience on our website. This includes cookies from third party social media websites and ad networks. Such third party cookies may track your use on Nativeplanet sites for better rendering. Our partners use cookies to ensure we show you advertising that is relevant to you. If you continue without changing your settings, we'll assume that you are happy to receive all cookies on Nativeplanet website. However, you can change your cookie settings at any time. Learn more
Change Settings Continue