Nativeplanet
»
Travel guide
»Alternatives To The Andamans: The Islands Of India

Alternatives To The Andamans: The Islands Of India 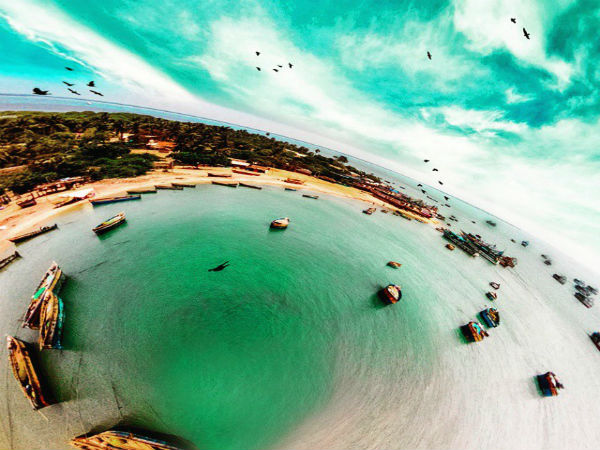 Palm-fringed beaches, salty breeze along with spectacular views of the ocean, which seem to stretch into infinity . . . There is definitely something which attracts people for a laid-back holiday on the islands. The first names which would come to our minds when we hear the word islands is undoubtedly Andaman and Nicobar and Lakshadweep islands, which are well known for their picturesque surroundings and environments.

However, there are countless islands in India apart from these two popular ones that have stayed away from tourist's radar. Here is a list of the lesser-known ones which offer you spectacular scenery, peaceful ambiance and less crowd.

The calm and composed waters of Chilika Lake attract birdwatchers and peace seekers alike. However, there few amongst us who would love to explore the islands which are scattered across the largest brackish water lake in Asia.

The island thrives with activity in the month of January, during the annual Makara Sankranti fair. Apart from this, it is equally interesting to watch the locals fishing using the traditional bamboo baskets and nets every morning.

Bet Dwarka is also known as Shankhodar which is an inhabited island located at the mouth of the Gulf of Kutch. The island is considered as a part of the ancient city Dwaraka which is the abode of Lord Krishna and finds it mention in the various epics, such as the Mahabharata and the Skanda Purana.

Archaeological remains which have been found under the sea throw light up on the existence of a settlement during the Late Harappan period of the Indus Valley Civilisation or right after it.

Sunderbans is situated on a vast delta formation on the Bay of Bengal, which is formed by the confluence of Ganga, Hooghly, Padma, Brahmaputra and Meghna rivers. Sunderbans is cut across by a complex network of tidal waterways, mudflats and small islands filled with mangrove forests.

The interconnected network of waterways makes every corner of the forest accessible by boat. The region is well known for the presence of Bengal tigers along with several other fauna which includes species of birds and snakes as well.

The erstwhile capital of the Wodeyar dynasty of Mysore and of Tipu Sultan, Srirangapatna was the witness to many bloody battles which were fought in the 17th and 18th centuries.

The fort town is built on the Cauvery river and is home to a number of temples, such as the Ranganathaswamy Temple and Nimishamba Temple. Apart from these structures one would come across the summer palace of Tipu Sultan, Gumbaz and many others which have their own set of stories to narrate.

Pamban Island is also known as Rameswaram Island and is located between peninsular India and Sri Lanka. Most parts of the island lie below sea level; however, there are a number of hillocks and other elevated structures around the temple town.

The highest point here is the hill of Gandamadana which is believed to be the place from where Rama observed Lanka and conceived the idea of constructing a bridge across the vast ocean.

Comments
Read more about: travel india nature tamil nadu west bengal andaman
Other articles published on Nov 21, 2017
We use cookies to ensure that we give you the best experience on our website. This includes cookies from third party social media websites and ad networks. Such third party cookies may track your use on Nativeplanet sites for better rendering. Our partners use cookies to ensure we show you advertising that is relevant to you. If you continue without changing your settings, we'll assume that you are happy to receive all cookies on Nativeplanet website. However, you can change your cookie settings at any time. Learn more
Change Settings Continue