Nativeplanet
»
Travel guide
»All You Need To Know About Kanyakumari

All You Need To Know About Kanyakumari 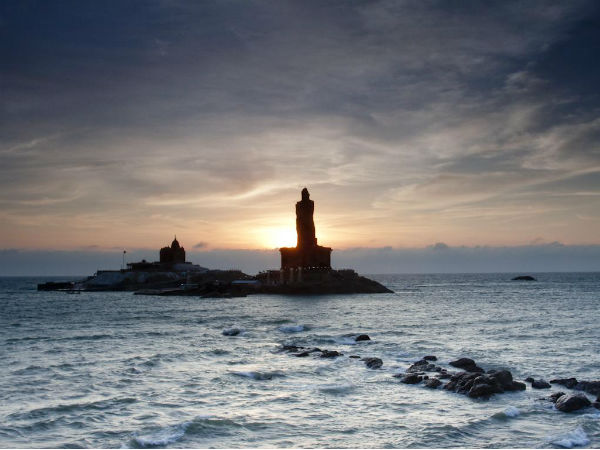 Kanyakumari to many is just the end point of the country in the southern tip. Well, the place is not only known for being the southern tip, but also is equally famous for the Vivekananda Rock Memorial, The temple of Devi Kumari and the sea.

Kanyakumari was also known as Cape Comorin, and it gets its name from Devi Kanya Kumari who has her abode on the sea shore here and is also seen as the patron deity of the land. It is the epicentre for art and religion, which has been in existence from centuries.

A Jaunt To Remember - Chennai To Kanyakumari

Looking back at its history, the place was ruled by the Chola dynasty followed by the Cheras, Pandyas and the Nayaks. Very soon it also landed up in the hands of the Venad rulers, in the year 1741. The Maharaja, Marthanda Varma, defeated the East India Company after fighting a battle here.

The place is named after the Goddess Kanyakumari, and there is an interesting story behind how the virgin goddess made this sea shore her abode. It is said that the land was ruled by an Asura king called Bana who had attained a boon from Brahma that his death would be possible only with the hands of an adolescent virgin girl.

And for this purpose, the Goddess is said to have taken the form of Devi Kumari and defeated the Asura. As per another legend, a British ship is said to have been destroyed after the Captain mistook the sparkle of the diamond nose ring of the goddess as a lighthouse and he followed the light only to get the ship wrecked against one of the rocks before reaching the shore, and since then the temple's eastern entrance is closed and is opened only on special occasions.

The rock on which the Vivekananda Memorial stands is also known as the Sripada Parai. One can notice a small foot mark on one of the rocks and it is believed to be that of the goddess Kumari. It is also said that Swami Vivekananda after visiting Kerala came to this rock and proclaimed that Kerala is a mental asylum, because of its practice of caste system and untouchability, which was later wiped out by a social reformer named Sree Narayana Guru.

The temple is dedicated to the patron deity of the land Devi Kumari. The temple is said to have been built around 3000 years ago by Parashurama, and is also one of the Shakthi Peethas that are spread across various locations in the country.

The idol of the goddess is in a standing posture, with a rosary and this idol also sports a diamond nose ring which sparkles so bright that it has even led to a ship wrecking up itself on the rocks in the sea, after which the eastern entrance door was closed only to be opened on special occasions.

The memorial was constructed in the year 1956 to mark the spot where the Urn carrying the ashes of Gandhi was kept for public viewing before its immersion into the sea. The memorial is built with the resemblance to that of a temple in Odisha.

An interesting factor is that it is constructed in such a manner that every year on October 2nd, that is, the birthday of Gandhi, the sun's rays fall exactly on the spot where the Urn was placed.

The statue of the Tamil poet Thiruvalluvar, which measures to 133 feet, was dedicated to the nation on January 1st in the year 2000. The statue is located beside the Vivekananda Memorial and was constructed by the then chief of Tamil Nadu, K. Karunanidhi. The statue suffered damages in the tsunami, and in contrast, the Vivekananda memorial and the Sripada Parai did not suffer any damage.

Comments
Read more about: travel india kanyakumari temples tamil nadu
Other articles published on Apr 11, 2017
We use cookies to ensure that we give you the best experience on our website. This includes cookies from third party social media websites and ad networks. Such third party cookies may track your use on Nativeplanet sites for better rendering. Our partners use cookies to ensure we show you advertising that is relevant to you. If you continue without changing your settings, we'll assume that you are happy to receive all cookies on Nativeplanet website. However, you can change your cookie settings at any time. Learn more
Change Settings Continue