Explore The Holy City Of Ajmer From The Royal Jodhpur City 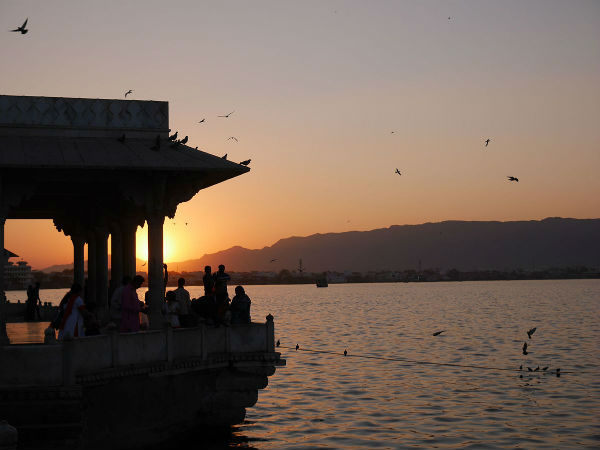 Ajmer is a beautiful tourist destination featuring the rich cultural heritage of the sovereign Rajasthan state. The city oozes with iconic forts and Islamic shrines. Ajmer is lying amidst the Aravalli Range at a distance of 205 km from the royal city of Jodhpur.

Even though Ajmer is an ancient city, it still carries the charm and elegance firmly bound by a unique culture and various traditions. You will also come across old Mughal architecture that still shines strong even after so many ages. It usually takes 4.5 hours to complete your journey from Jodhpur to Ajmer.

The monsoon, between July to September, is one of the best times to explore the holy city of Ajmer. The city booms in a green atmosphere and provides a refreshing and rejuvenating experience altogether. The landscape is at times magical to explore.

The winter that lasts from October to March is also an excellent time to visit Ajmer mainly due to the superb weather. The beautiful backdrops and the pink winters go hand in hand to create a memorable experience.

The summer season is a strict no for a visit to Ajmer because the scorching temperatures can rise to 48 °C that can be too tough for tourists and visitors to handle.

How To Reach Ajmer

There are no flights between Jodhpur and Ajmer since they are at a very short distance. The road is one of the most preferred modes of transport due to delightful vistas of nature all along.

By Train: Daily passenger and express trains run from Jodhpur to Ajmer.

By Road: Three national highways connect Ajmer to Jodhpur. These roads are well serviced and maintained, making driving one of the most preferred modes of commuting between these two cities.

The distance covered is 205 km and the journey duration is approximately 4 hours.

The distance covers approximately 218 km and it take around 4 hours and 30 minutes to reach the destination.

The 251 km stretch takes about 4 hours and 15 minutes to commute between the two hot attractions in Rajasthan.

We would be taking route 1 as it is the shortest and the most straightforward route to travel from Jodhpur to Ajmer.

Jaitaran is a city in the Pali district in Rajasthan. It is a booming tourist destination that features a variety of attractions ranging from cultural attractions to historical sites, it also has adventurous and entertainment activities to indulge in for all age groups.

Jaitaran has witnessed several epic battles including the one between Sher Shah Suri and Rao Maldeo Rathore. Some of the popular attractions here are the Bhaval Temple - dedicated to Goddess Bhaval, Gayatri Temple and the Kudki - the birthplace of Mirabai, the daughter of the ruler of Kudki.

Beawar is also a developing town in the state of Rajasthan nestled amidst the Aravali hills. It is a booming and strategic trade centre with wool and carpet grade yarn being the most popular ones.

Beawar is one of the largest producers of cement and its soil is rich in several mineral reserves. One of the most popular tourist attractions in Beawar is the Chang Gate - a bustling market centre and transport hub in the region.

Ajmer is blessed with incredible natural beauty and holds a special place for the people in Rajasthan. It hosts the famous Urs festival that commemorates the death anniversary of Saint Moinuddin Chishti. Ajmer is a place of immense religious significance for the Hindus and the Jains that is evident from the number of iconic temples present in the city.

One of the pilgrimage points in the city of Ajmer is Dargah Sharif. It features several monuments like the Buland Darwaza. Several devotees and tourists visit it each year. The water from Jahalra was previously the primary source of water and even today the water is used for conducting rituals in the shrine.

An ancient fort that is said to be the first hill fort built in Asia by the Chanakya dynasty is Taragarh Fort. Perched on the Aravalli hills, it offers stunning panoramic views of Ajmer. Fondly referred as the Star Fort, the entrance to this marvellous fort features three gateways, followed by numerous tunnels and battlements coupled with ramparts. The Grand Canyon is one of the most popular attractions in the Taragarh Fort that is explored by many tourists and visitors.

The royal home of Prince Salim is now a museum featuring the rich and exquisite history and culture of Rajasthan. Numerous ancient sculptures and armours feature in the museum that give you a sneak peek into the history of the Mughal and Rajput regimes.

Ana Sagar Lake is an ancient artificial lake of the 12th century named after Anaji Chauhan, grandfather of Prithviraj Chauhan. One of the largest lakes created in India, Ana Sagar Lake is surrounded by the popular Khobra Behroon Temple and Daulat Bagh Gardens.

Comments
Read more about: ajmer rajasthan jodhpur heritage travel india
Other articles published on Dec 11, 2017
We use cookies to ensure that we give you the best experience on our website. This includes cookies from third party social media websites and ad networks. Such third party cookies may track your use on Nativeplanet sites for better rendering. Our partners use cookies to ensure we show you advertising that is relevant to you. If you continue without changing your settings, we'll assume that you are happy to receive all cookies on Nativeplanet website. However, you can change your cookie settings at any time. Learn more
Change Settings Continue