A City As Beautiful And Vibrant As Its Name - Morena 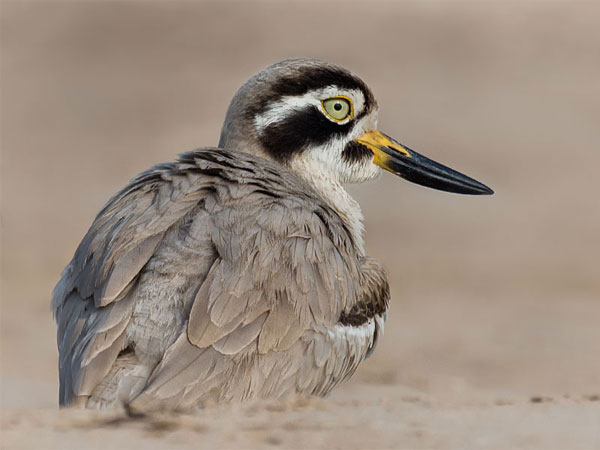 Morena is a district in the Chambal division of Madhya Pradesh. It is one of the 50 districts of the state. The word Morena is derived from the words 'Mor', which means peacock and 'Raina', which means abundance.

Geographically, Morena is located at an interesting place where it shares boundaries with two states. It touches Rajasthan at Dholpur and Uttar Pradesh at Pinahat.

Paan Singh Tomar, the well-known soldier, athlete and dacoit was from Morena. He was a seven-time national champion of steeplechase and represented India in the Asian Games in 1958. However, he resorted to notoriety and was involved in many Chambal Valley banditries. Other notable people from Morena are Ram Prasad Bismil, Narendra Singh Tomar and Ashok Argal.

Morena is situated in Central India, where the summers are scorching hot. The monsoons are just about manageable with rainfall up to 14.79 cm. The best time to visit Morena would be in winters. The day temperature during winters would rise to 24 degrees Celsius and in the night, dips to 8 degrees Celsius. January is the coldest month and May is the hottest month in Morena.

How To Reach Morena?

By Air: Gwalior airport is the closest airport to Morena. The other option is Kheria Airport in Agra, Uttar Pradesh. Morena is situated 39 km from Gwalior.

By Train: Morena has its own railway station, which is well connected with rest of the country. The station code is MRA.

By Road: The distance via road depends on your starting point of the journey. Morena, however, is very well linked with the rest of the country via roads.

Morena's tourism is mostly dependent on temples and religious associations with the past. Here are a few places that you should visit in Morena.

This fort was built by a Gujar named Sabla, under the instructions of King Gopal Singh, the Maharaja of Karauli. A beautiful bandh exists in the fort that was built during the Scindia period under the kingship of Lord Vallejali Daulat Rao Scindia. It later fell into the hands of the British.

Also known as Suhoniya, this is a holy place of the Jains. There are ruins of Jain temples from the 11th century AD. You can see statues of important Tirthankars like Shantinath, Kunthnath, Arahanath, Adinath, Parshwanath and so on. There's also a famous temple of Lord Shiva in Sihoniya, known as Kakan Math.

This is a circuit of 200 temples that are spread over an area of 25 acres and built across slanting hills near the village of Padawali. A tad similar to the temple circuit of Aihole, Bateshwar temples are not spread out like them. The temples are mostly dedicated to Lord Shiva and have a Shivling inside the sanctum sanctorum. The temples belonging to the earlier period have flat roofs while the later ones have curvilinear gopurams.

A chain of 86 cave shelters, these caves have paintings from the prehistoric era. There are scenes of life where paintings of men hunting, women dancing, birds and animals are depicted. This is evidence that art flourished in the Chambal valley during the prehistoric period.

River Chambal is the lifeline for the wildlife of this sanctuary. It has a good aquatic life in the forms of Ganges river dolphins, gharials, mugger crocodiles, freshwater turtles, river otters and other species of fish. There are easily over 150 species of birds flying here. Boating is also available at the sanctuary.

When this part of the country came under the control of Babur in 1527 AD, it came under the Mughal influence of architecture, music, food, etc. Noorabad was built by Jahangir, grandson of Babur. Phizi Saraya is a bridge that is built over the river Kuwari. This is not your usual bridge-it is very aesthetically appealing with minarets and tombs.

Comments
Read more about: madhya pradesh travel historical heritage caves temples forts wildlife
Other articles published on Sep 21, 2017
We use cookies to ensure that we give you the best experience on our website. This includes cookies from third party social media websites and ad networks. Such third party cookies may track your use on Nativeplanet sites for better rendering. Our partners use cookies to ensure we show you advertising that is relevant to you. If you continue without changing your settings, we'll assume that you are happy to receive all cookies on Nativeplanet website. However, you can change your cookie settings at any time. Learn more
Change Settings Continue