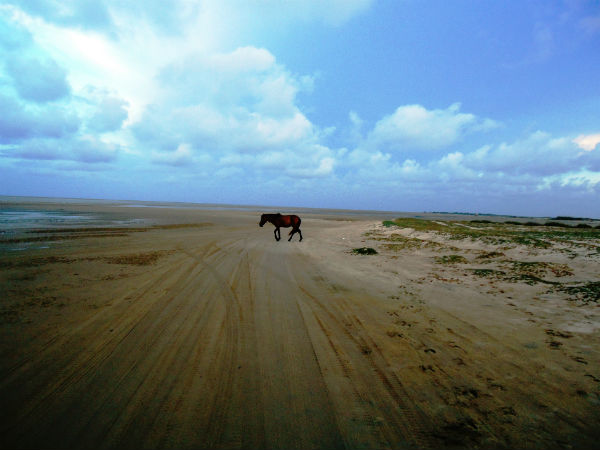 Tamil Nadu is the only south Indian state which had found its way to the list of 52 destinations to be seen in the year 2016 by the New York Times and it is also the only state from the entire country to make it to the list.

The state is a huge supermarket, which has everything under one roof and there is no requirement of moving from one shop to another in search of things; instead you just have to walk into one of the supermarkets and purchase everything at one shot.

When it comes to the state, it has everything, you name it and the state is ready to offer. If a person loves to visit a grand temple, well he can simply head towards Thanjavur, which is famous for the great temples, and if he wants to head to some place cooler, well then there is Ooty, Kodaikanal and many more places.

Well if you are a foodie, Tamil Nadu is not only known for its idli, dosa and sambar but has some mouth watering delicacies of the Chettinad, biryanis of Dindigul and Ambur, the famous halwa of Tirunelveli and the yummy Pongal.

Since all of this shows what exactly Tamil Nadu can offer you, we bring before you a few places which are a must-visit if you happen to head towards this beautiful state. Scroll down and know more about this enchanting state.

A group of 75 villages leads to the formation of Chettinadu which is one of the richest architectural and cultural treasures of Tamil Nadu. Do not be surprised when you are here, as every household here is either a mansion or a palace which speaks about the grandeur of the region.

The region is home to the affluent community of the Chettiyars who were involved in the trade business of anything, from spices to jewellery, from as early as the 10th century until the 19th century, after which they slowly started to migrate to Sri Lanka, Malaysia, Vietnam and other countries.

There are more than 10,000 mansions in the region which speak volumes about the luxury the community lived in. The area is not only well known for its homes but also for it cuisine, culture, traditions and crafts which still remain unique to this region.

Tucked away in the Anamalai Range of the Sahyadris, Valparai is one of the most peaceful destinations in Tamil Nadu. The region is home to the endangered species of the primate lion-tailed macaque and the hornbill amongst various others.

As the mist clears, it unfurls the breathtaking landscapes amongst dams and reservoirs which also is one of the biodiversity hot spots of the country with several rare flora and fauna, which are at a threat of being wiped out.

Virgin and untouched by tourism is the Kalakadu Mundanthurai Tiger Reserve which still remains as one of the lesser known wildlife sanctuaries of the nation. Located deep down in Tirunelveli which is the land of rich biodiversity and filled with lush evergreen forest, this is also the place where the Bengal tiger roams about freely.

The ancient city which is built on the banks of the river Vaigai is considered as the seat of culture, literature, history and traditions. It is also apparently one of the oldest cities in the world and is the home of a goddess who has her eyes like that of a fish giving her the name Meenakshi and her home has the tallest and the most grand temple towers anywhere in the world.

Apart from visiting Goddess Meenakshi and the palace of Tirumalai Nayakar, head towards the street food joints and relish some mouth watering delicacies and have a sip of the famous jigar thanda.

The ghost town which is around 15 km away from the temple town of Rameshwaram has a tragic tale to narrate to its visitors. Once a flourishing town, now in ruins, all thanks to the cyclone which wiped out the land into darkness.

The town was the only piece of land between India and Sri Lanka and is also believed to be the place where Rama built the floating stone bridge for him and his monkey army to wage the war against Ravana and bring back Sita.

Fondly called Kodai, it is the land of mountains with dense shola forests, waterfalls and lakes and is one of the most popular hill stations in Tamil Nadu. It remains peaceful even now in certain parts of its hilly regions.

There are lakes deep inside the forests which have their fair share of mystery to be told. Step away from the popular destinations and instead stay at the homestays in the forests and go for a trek in the shola forests.

According to legend, the mythical pot of Brahma or Kumbha which contains the seeds of life was destroyed during the dissolution of the universe marking the end of an aeon and the nectar is said to have flowed into a tank called Mahamaham which forms the hub of the town; hence, it was named Kumbakonam.

It is the land of temples, more than 100 in number. The town has its history which takes you back to the Sangam era and was under the kings starting from the Cholas to the Marathas.

It is one of the ancient cities in the world, which was the capital of the Cholas, who constructed massive temples, which now have been declared as a World Hertiage Site by UNESCO. Thanjavur is known for the Brihadeshwara temple and Tanjore Paintings which were painted using pure gold.

In terms of architecture it is one of the most ambitious structures to be built in the world. The Brihadeshwara temple takes your breath away with its 216 ft tall Vimana which dwarfs the Gopura. Apparently, elephants were used to draw the top most part of the Vimana made out of a single rock which was rolled up a 6-kilometre long ramp to take it all the way up.

Home to the 1500 year old Kailasanathar temple which was constructed by the Pallava rulers, the city was an ancient learning centre for the Jains and the Buddhist monks to study religion and is also dotted with a number of temples.

It is the land of silk sarees and the silk industry here takes you way back in time to the Chola dynasty. In the year 1757 the French reduced the town to ashes but the art raised from the ashes like a Phoenix in the hands of the British and re-established its past glory once again.

A World Heritage Site, the shore temple here is the lone survivor in the group of seven pagodas which are said to have been submerged in the ocean. Also known as Mammalapuram, it was a port with heavy action during the period of the Pallavas.

Wrapped up by casuarina trees and shores of sand the rock cut temples and monolith sculptures narrate the stories from Hindu mythology; each rock sculpture has its own story to narrate.

Comments
Read more about: travel india tamil nadu madurai temples kodaikanal mahabalipuram heritage
Other articles published on Apr 12, 2017
We use cookies to ensure that we give you the best experience on our website. This includes cookies from third party social media websites and ad networks. Such third party cookies may track your use on Nativeplanet sites for better rendering. Our partners use cookies to ensure we show you advertising that is relevant to you. If you continue without changing your settings, we'll assume that you are happy to receive all cookies on Nativeplanet website. However, you can change your cookie settings at any time. Learn more
Change Settings Continue