Telangana – The Land Of Charm And Charminar 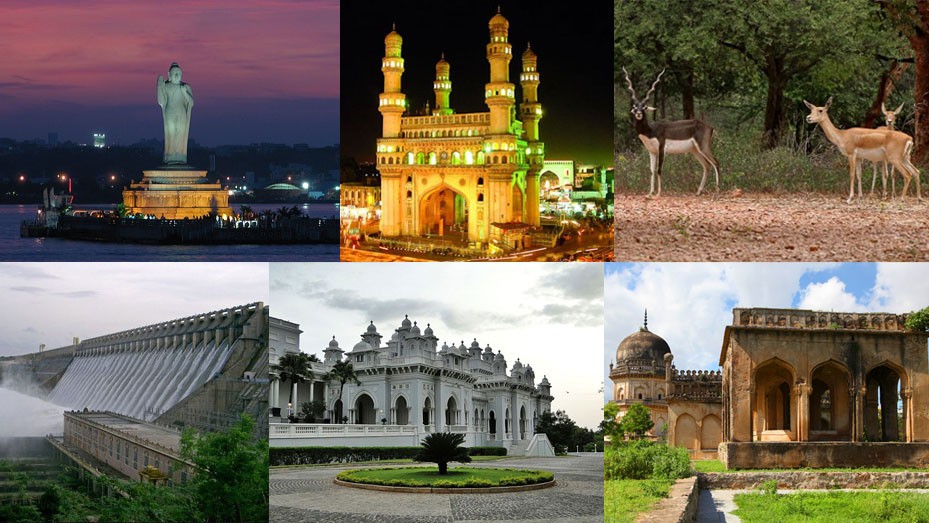 During the rule of Nizams, Telangana belonged to the Hyderabad State, which was a merged area of Medak and Warangal divisions. Later, it became a part of the state Andhra Pradesh. On June 2, 2014, Telangana came into existence as a separate state. Hyderabad was chosen as the capital of Telangana.

The geographical boundaries of Telangana are shared by Maharashtra on the north and north-west, Chattisgarh on the north-east, Karnataka on the west and Odisha on the east.

How The State Got Its Name

The name Telangana is believed to have been derived from Telugu, the language that's widely spoken in the state. The rest of the former Hyderabad State consisted of a Marathi-speaking community, thus, giving Telengana its distinction.

Since Telangana has a population that follows various Indian traditions and has been influenced by countries like Persia, the state enjoys a varied culture and thus, it is rich on this front. Some of the major festivals of North India are celebrated here, although Telangana is a aouthern state of India. Poets and artists, such as Pothana (who translated Sri Bhagavatham to Telugu), also make the state famous and unique.

Some of the regional festivals of Telangana include Bonalu, Bathukamma and Sammakka Saralamma Jatara. The other popular celebrations include Dussehra, Ganesh Chaturthi and Ugadi.

Cuisine Of The State

Telangana is one of the most frequented tourist places in South India. The Charminar in Hyderabad, the Papi Hills and the Kuntala Waterfalls are among the list of attractions in Telangana. There are many temples in the state, some of which are the Bhadrachalam Temple, Thousand Pillar Temple and Sri Raja Rajeshwara Swami Temple.

Transportation Within The State

The connectivity and conveyance is reliable and helpful for travellers and tourists to reach Telengana from different states in India and other countries too. The Rajiv Gandhi International Airport in Hyderabad is a major connecting point to the state. The railways and roadways also help in travelling within the state.