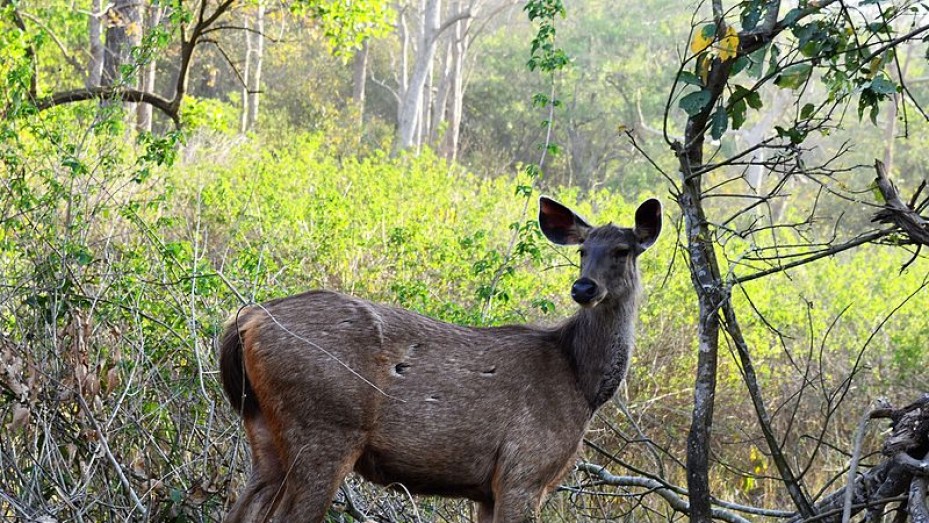 Rajaji National Park, situated at a distance of around 6 km from Rishikesh, spreads across an area of 820.42 sq km. Established in 1983, the park is a combination of three sanctuaries, namely Motichur Sanctuary, Chilla Sanctuary and Rajaji Sanctuary. The park has been named after the famous freedom fighter and statesman, Sri C. Rajagopalachari.

Counted among the major wildlife reserves of India, it is home to over 315 species of birds and 23 species of mammals. Asian elephants, tigers, bears, king cobra, panthers, wild boars, sambars, Indian hares, wild cats and kakar are some of the animals found in the park.

Other animals, including cheetah, sloth bear, hog deer and barking deer, can also be spotted here. The river Ganga flows through the park and extends till 24 km. This park is densely covered with sal, western Gangetic moist, northern dry deciduous and khair-sissoo forests.

The park is open for visitors from 15th November to 15th June every year. Travellers can savour wonderful vistas of the hilly terrain, beautiful valleys and riverbeds during their 34 km jungle safari.