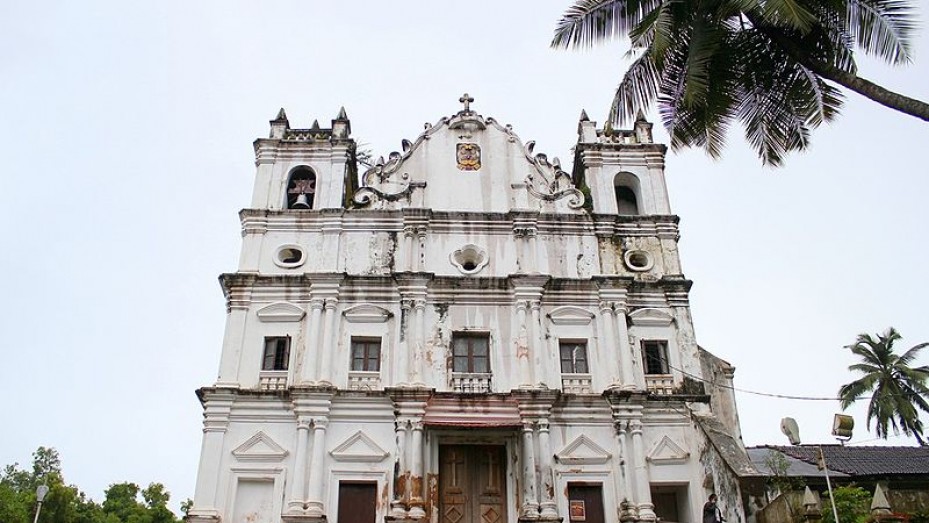 The collocated Fort predates even Fort Aguada by more than 50 years. The Reis Magos Church, built in 1555 and dedicated to St. Jerome celebrates the feast of the three wise men or three wise Kings on the 6th of January every year.

Briefly, it was headed by Franciscan friars who carried out their missions to the Far East for a while. Some historians suggest that this church was built on an ancient Hindu temple, evidence of which is found is some carvings and inscriptions within the temples including one of the bas-relief lion statues which is typical of Hindu temples.

In contrast to the exterior which is pristine white, the interiors are colourfully decorated with paintings depicting the three wise men on their way to meet the infant Jesus with presents. Along with the feast on the 6th of January, churchgoers also participate in a procession that travels through the village spreading the message and joy.

The Reis Magos Fort is also of particular importance to the Portuguese and was important during Portuguese rule since two of their former viceroys were laid to rest here, the tombs still being present today.

Getting to Reis Magos Church is pretty simple since it’s one of the most famous places in the region. For the first timer, as a thumb rule, Reis Magos is situated on the street that heads towards Baga and Calangute beaches. Follow the boards and head towards the beaches, you’re bound to cross it along the way. Regular cab services are available from Panjim, Vasco and Margao, and it’s pretty close to North Goa.