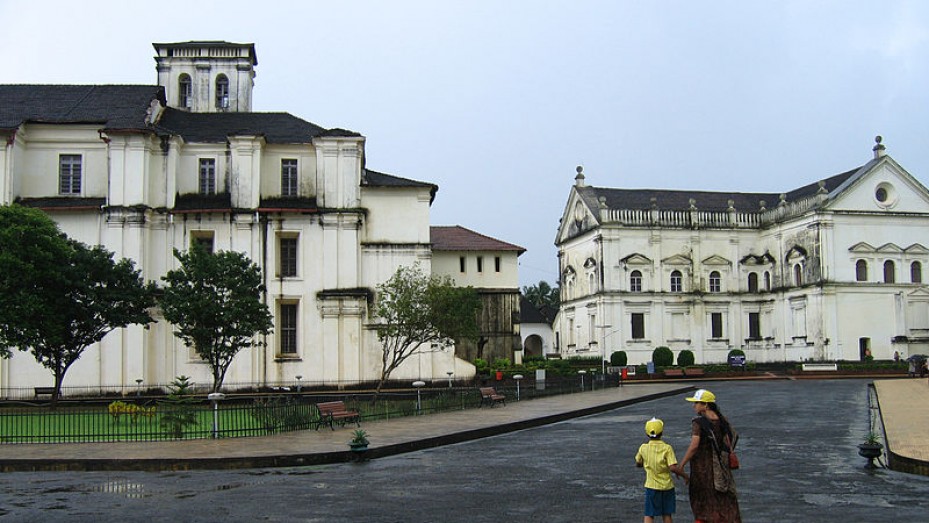 The St. Francis of Assisi Church dates back to as early as the 1500s and bears origins from eight Franciscan friars. This church built with laterite has attracted thousands of pilgrims and tourists, Catholic and non-Catholic, to marvel at its Tuscan and Manuline fundamentals of architecture. The church originally built by the Eight Franciscan friars was abolished in 1661 and what is today known as the St. Francis of Assisi Church was established.

Furthermore, this Church, although built in Goa, houses idols from widespread localities including a statue of our lady of miracles from Jaffna, Sri Lanka. Most of the church boasts of Mosaic Corinthian styling, and the main alter is dedicated to St. Francis. This main alter features Baroque and Corinthian styling and is lined with wood base paintings that depict the life and time of Saint Francis of Assisi.

The main alter also has within it, a bust of Saint Francis and a large Crucifix. The three principles of Saint Francix, ‘Poverty, Humility and Obedience’, which he took up throughout his life are inscribed below the idols.

Getting to the church of St. Francis of Assisi is a little bit of an effort. It’s located inland towards the east and is very close to Karmali Railway Station. Cabs are available from all the towns and cities of Goa like Panjim, Vasco Da Gama and Margao. One can also manage a cab from north Goa, but beware of the fares.

On the way to the church tourists can check out the various resorts and even try a ferry ride and explore the Ribandar area.