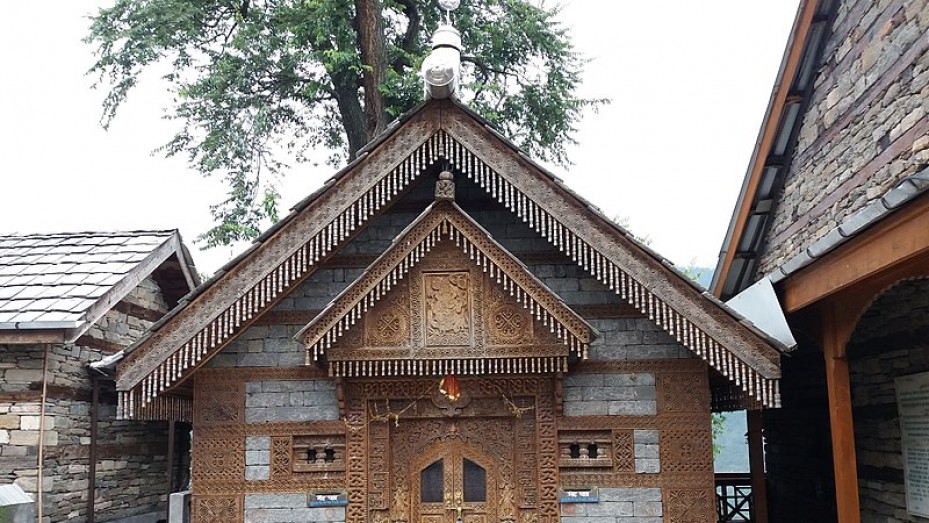 Jagatipatt Temple is a significant attraction of Naggar, located in the campus of Naggar Castle, an old fort which was transferred to a heritage hotel. According to folklore, gods and goddesses transformed themselves into honey bees and cut a slab of stone from the Bhrigu Tung Peak and brought it to the temple in order to make Naggar a divine place.

Another belief associated with the temple is that the slab of stone, which is placed within the temple now, was cut from Deotiba, the highest peak in the Kullu District. Locals also believe that the deities gather here to protect the people from calamities.

The temple is small and square shaped; enshrining a slab of stone called the “Jagatipatt” measuring 5" in length, 8" in breadth and 6" in height. The wooden structure of the temple exclusively represents the architectural style of Himachal Pradesh.

Beside this, alternate slabs of stones and deodar timbers are used in the temple structure making it earthquake proof. From Naggar, the Jagipatt Temple, which lies in the vicinity, can easily be reached by road.