Kurudumale - Where the Gods Meet 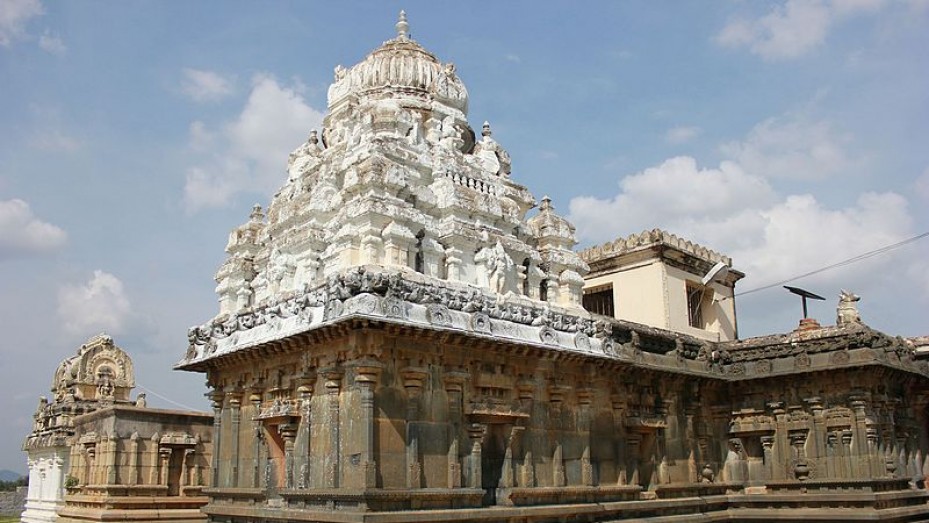 Kurudumale is located in the Kolar district of Karnataka and is a well known pilgrim spot. The Ganesha idol at Kurudumale is regarded as a very powerful one and legend states that the idol was personally installed by the triumvirate of Gods Shiva, Brahma and Vishnu. The temple was built around the idol by the Vijayanagara kings.

There are several other legends associated with Kurudumale. The name itself is derived from the words Koodu and Malai. This literally means 'meeting place'. The area was so named because the locals claim that this was the place where the Gods used to descend when they felt the need for recreation. The Ganesha temple has a 13.5 ft idol and the entire structure is done in two distinct styles.

Again, the legend is that the difference in styles is because the temple was designed by two different architects, the famed ancient artist Janakchari and his son Dakanachari. The Someshwara Temple at Kurudumale is dedicated to Lord Shiva and is even older than the Ganesha Temple. It can be traced back to the reign of the Cholas.

Kurudumale is at a distance of 118 km from Bangalore airport and is easily accessible by road.