Nandi Hills – A Mix Of History And Nature 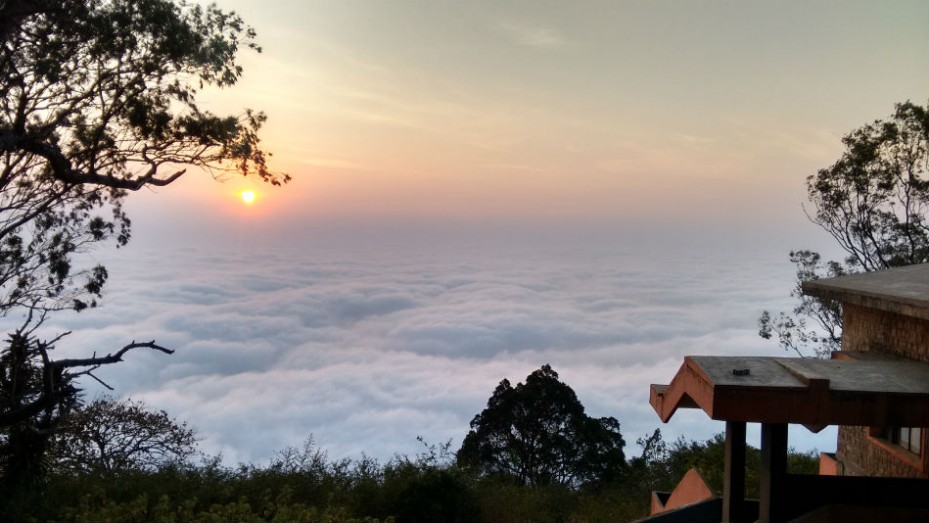 The Nandi Hills, located just 60 kilometers away from Bangalore, lie at a distance of about 4851 feet above sea level. The hills in the Chikkaballapur district are close to the swanky Bangalore international airport, making this popular tourist attraction easily accessible.

The Nandi Hills have a rather interesting history. Mystery surrounds its origins. Some say that the name derives from the fact that the hills have the shape of a sleeping bull. There are indications that the hills existed in the Chola period under the name Ananda Giri. Temple architecture that is typical of the Chola period does exist in these hills and the hills are also a part of India's early freedom struggle, as Tipu Sultan built a fort here called the Nandidurg, which was regarded as an impregnable fort. However, it did fall to the British in 1791.

A visit to Nandi Hills can be memorable. Tipu's Drop where the Emperor put his condemned prisoners to death - his secret escape route and his summer palace located in these hills bring history to life. There are also several beautiful temples, including the Gavi Veerbhadra Swamy temple. The Amrita Sarovar water tank and the horticulture gardens are popular picnic spots. Other activities that you can indulge in include paragliding and cycling.

Nandi Hills can be easily reached by roadways, though rail routes and air ways do not have proper connections to this place.

The beauty of Nandi Hills can be explored at any time of the year though monsoons are not much favourable.

Nandi Hills is Famous for

How to Reach Nandi Hills