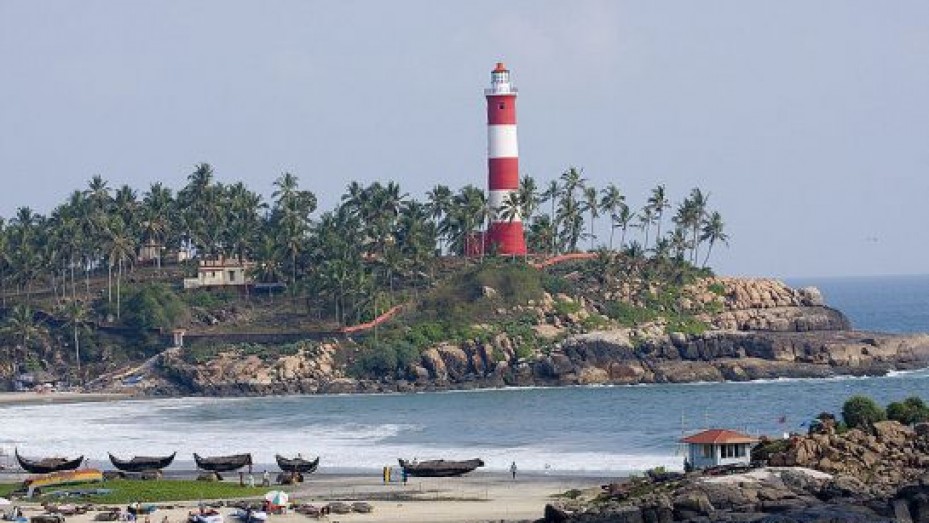 The Lighthouse situated in Kovalam has been a silent witness to the many historical changes the place has been through. This lighthouse is also known as the Vizjinham lighthouse or the Vilinjam lighthouse. Tourists love to climb the lighthouse to take some delightful snaps of the vast expanse of the mighty Arabian Sea.

In fact, this lighthouse is the most visited lighthouse in the entire country. This is one reason that the beach nearest to the lighthouse has been named as the Lighthouse Beach. The lighthouse that is built using stones is coloured in red and white bands and enjoys a height of 118 ft. It is still operational and guides the ships as they sail on their course.

The lighthouse underwent renovations in the year 1972 and again in 2003 when it was equipped with instruments given by M/s BBT. From atop the lighthouse one can distinctly make out the ridges that separate the three Kovalam beaches.