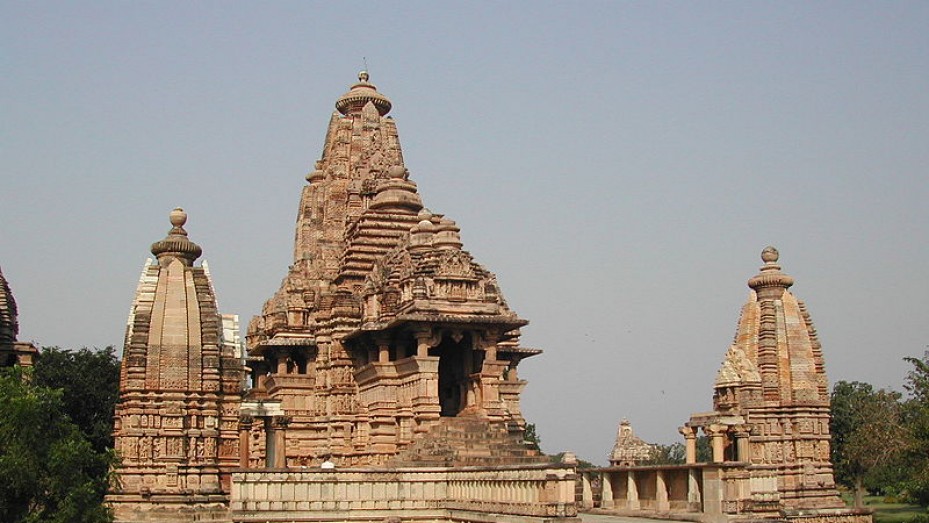 Lakshmana Temple is a temple made in honour of Lord Vishnu. It is a splendid structure designed in stone. It is one of the most ancient temples belonging to the western group. It was built in 930–950 AD. This is one of those temples that have stood the test of time and preserved its architecture.

The temple houses more than 600 images of Hindu deities. There are beautiful images of several things like elephants and horses on the platform of the temple. The temple has four small shrines at the four corners. Each shrine has a bordered fence carving.

The skilled and beautiful craftsmanship of the workers is thoroughly visible in the various images present in the temple. The temple also has figures of full-fledged women standing in different postures and wearing ornaments. Such decorative figures of women exist in the western side of the temple.