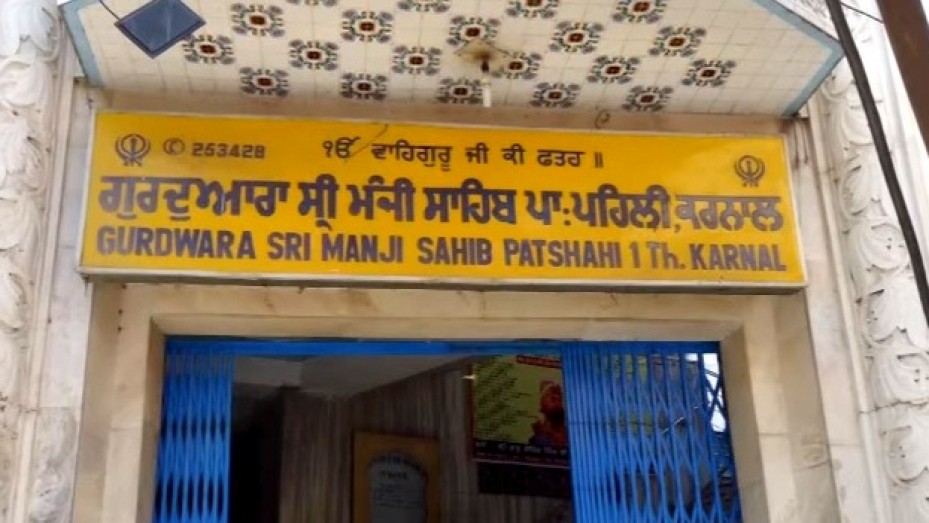 Gurudwara Manji Sahib is situated in the busy Sarafa Bazar in Karnal, about 1 km from the National Highway No.1 of the Grand Trunk Road. According to history, the first guru of the Sikhs, Shri Guru Nanak Devji visited this place in the year 1515 in the course of his first religious journey called Udasi.

He was put up in a garden where he was sitting on a mound and singing hymns or shabads before a large gathering of devotees. In those days, the people of the city of Karnal were under the deep impact of the Muslim pirs or holy men led by the famous pir Abu Ali Shah Kalandar. When they saw a growing crowd of devotees before the Guru, they rushed to the pir with the news of this newcomer.

The kalandar, unfortunately, felt jealous and was incensed on hearing this. He made the wall on which he was sitting to start moving towards the guru in order to impress him with his miraculous powers. But as he drew close to the Guru, the wall stopped moving further. He realized his folly of trying to use miracles to defeat the great saint.

He at once alighted from the wall and walked on to the guru to pay his respects. The all-knowing Guru advised him to desist from using his spiritual powers in useless pedantry and instead work for the welfare of the people. It is believed that the sixth guru of the Sikhs, Guru Harkishan Sahib also visited this spot on his journey to Delhi in 1663.