Karaikal - The Town Of Temples 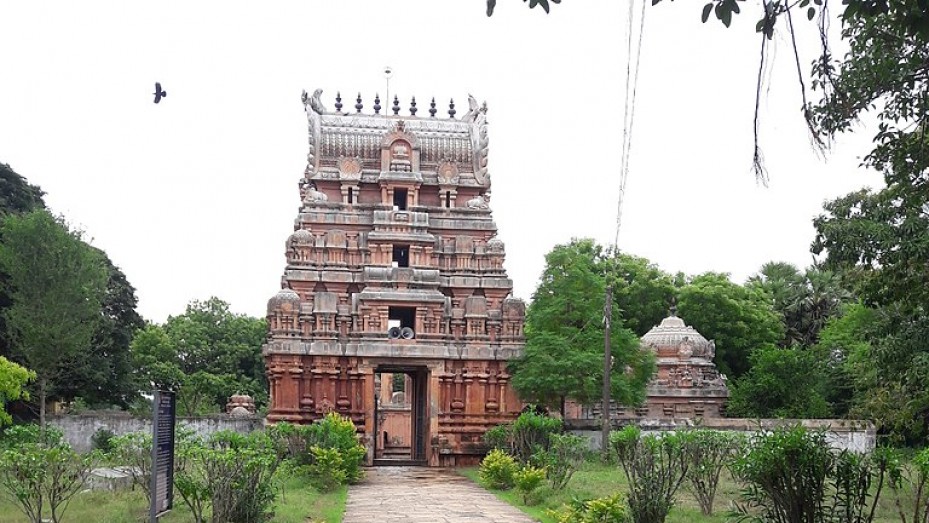 Karaikal, an ancient temple town famous for its Lord Saneeswara Temple, makes for a complete tourist destination for tourists and pilgrims alike. Its sandy beach, the city’s rich French cultural heritage, the beautiful temples and the port are sure to interest one and all.

The place is ranked second among the deltas in the Union Territory of Pondicherry. Several explanations have been given for the name Karaikal which is a combination of the words “Karai” and “Kal”. One of the most plausible being “a canal made of lime mixture”.

However, today no such canal is there to be found. According to Julien Vinson, the Sanskrit name for the town was Karagiri. According to the Imperial Gazetteer, the name Karaikal means “fish pass”.

Karaikal is famous for its temples. The major attraction in the area are Saneeswara Temple, Sri Kailasanathar Temple, Navagraha Temples and Ammaiyar Temple. Besides temple-hopping, one could also relax in the beach and go boating in the backwaters of the Bay of Bengal.

There are also a few villages in Karaikal, such as Keezha Kasakudy and Mela Kasakudy, which are relevant because of their archaeological significance. Noted pilgrim destinations like Nagore and Velankanni also lie in proximity to Karaikal.

One of the most rapidly booming tourist destinations of India, Karaikal has a very rich history and culture. Its history dates back to the time when it was a part of the Pallava kingdom during the eighth century. After that, however, its history remains obscure for a long time. It comes back to the picture only in the 18th century during the Thanjavur kings. In 1738, a French dignitary, by the name of Dumas, negotiated with the Sahuji of Thanjavur and Karaikal was conquered by the French in 1739.

In 1761, when the French was defeated by the British, the territory came under the British rule. However, in accordance to the 1814 Treaty of Paris, the British handed over the territory back to the French and it remained under them till 1954. Hence, the town of Karaikal still retains the rich French culture and tradition.

How To Reach Karaikal

Chennai Airport is the closest international airport to Karaikal. It is at a distance of around 300 kilometres and 7-9 hours by road. The closest domestic airport is Trichy. The Karaikal Airport is in the process of construction and should be over by 2014. The closest railway station is Nagore, which is around 10 km away from Karaikal. Private buses offer frequent services to Karaikal from all major places in Pondicherry and Tamil Nadu. Local transportation is easily available in the form of autorickshaws and buses.

Like most other places in the southern coast of India, Karaikal also has very intense summer. Hence, the best time to visit Karaikal is during the winters, between the months of November and February, when the weather is refreshing and pleasant. Karaikal is an ideal getaway for people who seek serenity, calmness and solitude by the beach.

Karaikal is Famous for

How to Reach Karaikal