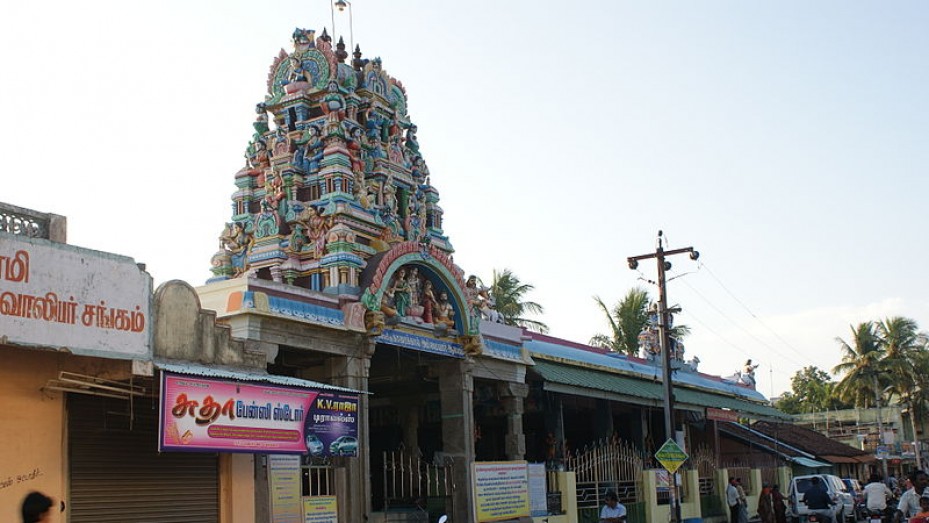 Karaikal Ammaiyar Temple is a shrine where Karaikal Ammaiyar, a famous Bhakti saint, is being worshipped. She was the only woman amongst the sixty-three Nayanmars. This small yet beautiful temple was built by Malaiperumal Pillai in 1929. This temple contains an enormous idol of the goddess also famous as Goddess Punithavathi.

The locals worship her for her supernatural powers. The legends say that when her husband deserted her and married another woman, she prayed to Lord Shiva and asked him to turn her into a demoness. Later she inhabited the jungles of Alangadu.

Impressed by her devotion, Lord Shiva gave her the name of Mother Ammaiyar and announced that when he performs the Tandava, she would sing for him. Every year the Mangani festival is celebrated in the Karaikal Ammaiyar Temple during the month of June-July on the day of the full moon in the month of Aani, a Tamil month. People throng to the temple to offer their prayers during these days.