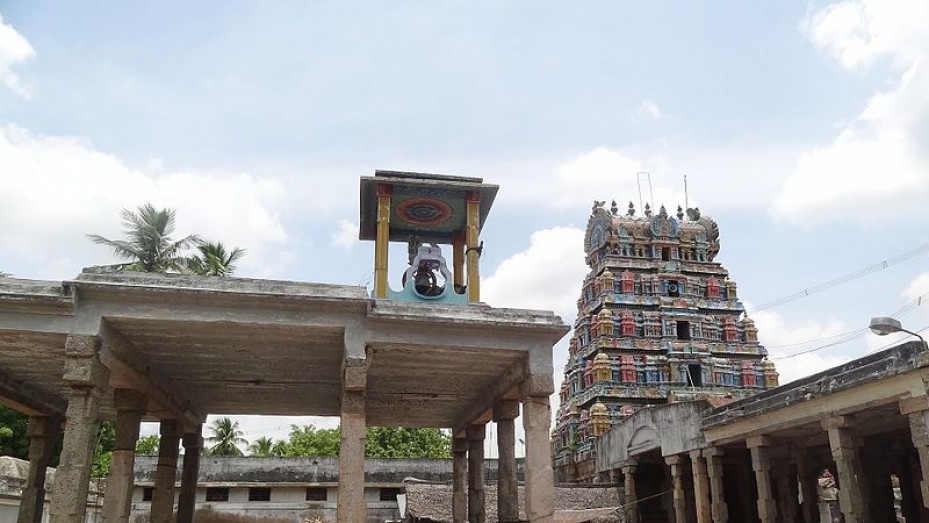 The temple of Agniswarar Swami in Kanjanoor is located on the northern bank of Cauvery river. It is approximately 15 km away from the north-east of city Kumbakonam. The temple is dedicated to Venus planet (Lord Shukra) and is the 6th Navagraha Sthalam amongst the 9 Navagraha temples situated in Tamil Nadu. The presiding deities of the temple are Shiva and Parvati. Lord Shiva is idolised here as Agniswarar and Goddess Parvati is idolised as Karpagambal.

People throng the temple to worship Lord Shukra or the planet Venus to usher auspiciousness and to avoid the malefic planetary effects of the planet in accordance with one's birth chart.

According to the legends, Brahma had a dream of Shiva and Parvati’s wedding at this place. And the name Agniswarar is because Agni idolised Lord Shiva at this place. Here Lord Brahma worshipped the Brahma Linga which is preserved in the temple. For Lord Sukran there is no independent sannidhi in this temple because it is said that here God Shiva himself is personified as Venus.

Agniswarar Temple has 2 prakarams. Kalikamar and Manakanjarar are the other shrines of this temple. Visitors can see the stone images of Sivakami and Natarajar and inscriptions from the eras of Vijayanagar and Chola can also be seen in the temple. The Nataraja sabha is called Mukti mandapam and the Shiva tandavam is famous as Mukti tandavam.