Jharkhand - The Land Of Forests And Beautiful Waterfalls 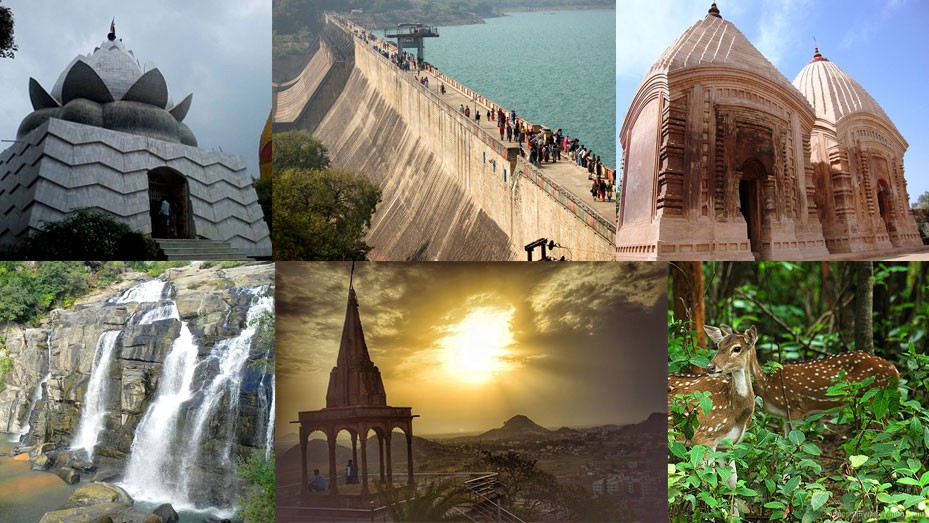 The State of Jharkhand was carved out from the southern part of Bihar and was formed on November 15, 2000. For a long time, Jharkhand remained as a part of Bihar, but after Indian independence, the demand for a separate state of tribals started gaining momentum.

Jharkhand shares its border with the state of Bihar to the north, Chattisgarh to the west, Odisha to the south and West Bengal to the east. Ranchi is the capital of Jharkhand while Jamshedpur is the largest and the biggest industrial city of the state.

Some other major cities of Jharkhand are Dhanbad, Bokaro and Hazaribag. Known as the Land of Forests, Jharkhand is enshrouded in the hills and forests inaccessible to a large segment of people. It is also known for evergreen forests, rolling hills, rocky plateau and has some of the beautiful waterfalls in the state.

Most of the states of Jharkhnad lies on the Chota Nagpur Plateau with Damodar, Kharkai, Koel and Subanarekha being the main water source for the state. Much of the state is still covered by forests and the forests supports and preserves population of tigers and Asiatic Elephants.

Few centuries ago, the Jharkhand was extensively covered with the dense Sal forest which had always been inaccessible. But with the discovery of its hidden mineral wealth has led Jharkhand marching towards becoming one of the leading industrialized regions of India.

On the one hand, the mine-fields, railways and roadways have gone ahead rapidly, educational and technical institutions have multiplied and the principal towns have become more cosmopolitan.

Jharkhand experiences three major seasons namely summers, monsoons and winters. Summers are extremely hot, dry and is not an ideal time for the travellers to visit the state. The month of September is the best time to visit the state when the rains have subsided and the weather remains pleasant for travelling.

Tourists Places in and around Jharkhand

Jharkhand Tourism takes one on a tour of a kaleidoscope of culture, people, nature and languages. Ranchi is the capital of Jharkhand and has many tourists attractions like The Ranchi Hill, Sun Temple and many more. Other major tourist destinations in Jharkhand are Jamshedpur, Dhanbad, Palamu and Bokaro.

Jharkhand - It's Rich Flaura and Fauna

Jharkhand has a rich variety of flaura and fauna. The National Parks and Zoological Gardens located in the State of Jharkhand present a panorama of this variety. Betla National Park in the Latehar district has a large variety of wildlife.

Part of the reason for the variety and diversity of flora and fauna found in Jharkhand state may be accredited to the Palamu Tiger Reserves under the Project Tiger. This reserve is abode to hundreds of species of flora and fauna. The Hazaribag Wildlife Sanctuary with incredible scenic beauties is set in an ecosystem very similar to Betla National Park of Palamu.

The Jawahar Lal Nehru Biological Park in Bokaro Steel City is the largest zoological garden in Jharkhand. The garden is spread over 200 acres and has many animal and bird species and also includes an artificial water lake and boating facilities. Another zoo, Birsa Munda Jaiwik Udyan, is also located about 16 km from Ranchi, and a number of mammalian fauna have been collected there for visitors.

Being a tribe dominated state, nature has been given utmost importance in every sphere of life and culture. Branches of sacred trees are brought and ceremonially planted in the courtyards. Devotees then worship these tree parts associated with gods and goddesses.

Poush Mela or Tusu Fair is a significant occasion celebrated during the Makar Sankranti wherein brightly coloured excellently decorated symbolic artifacts of folk deity are carried by the people. This is a folk harvesting festival.

Tusu is a folk belief, not about any God or Goddess, but about a sweet little girl of the tribal folk. The festival takes place as new crops are harvested. The entire festival is a very colourful one. It takes the shape of the all-around festive mood of the tribal people, where everyone takes part.

In whole ChotaNagpur Plateau Region, the Karam Festival is celebrated with great pomp and show among the local people. Among the Oraon Tribe, the Karam festival is one of the most important festivals and holds a very important place in their social and religious life.

Being a very important community festival of the region, it is celebrated by the entire Oraon and other local communities of the region; now in its modern day re-embodiment, the festivity has spread far and wide, from the rural to the urban ambience, and from Chotanagpur to other parts of our country.

Litti and Chokha also form an important portion of Jharkhand food. The mouth-watering non-vegetarian Jharkhand food preparations like spicy chicken are also popular with a considerable section of Jharkhand. The cuisine mainly associated with this state also bears a faint touch of the robust Mughals which is vividly visible in the food of Jharkhand.

Local alcoholic drinks include rice beer, originally known as Handiya, an earthen pot named after the vessel used to make in it. Handiya is culturally associated with native i.e. Tribals as well as Sadan, as this drink is consumed by both men and women, on social occasions like marriage and other festivals. Another common liquor is called Mahu, made from fruit or flowers of the Mahua tree.