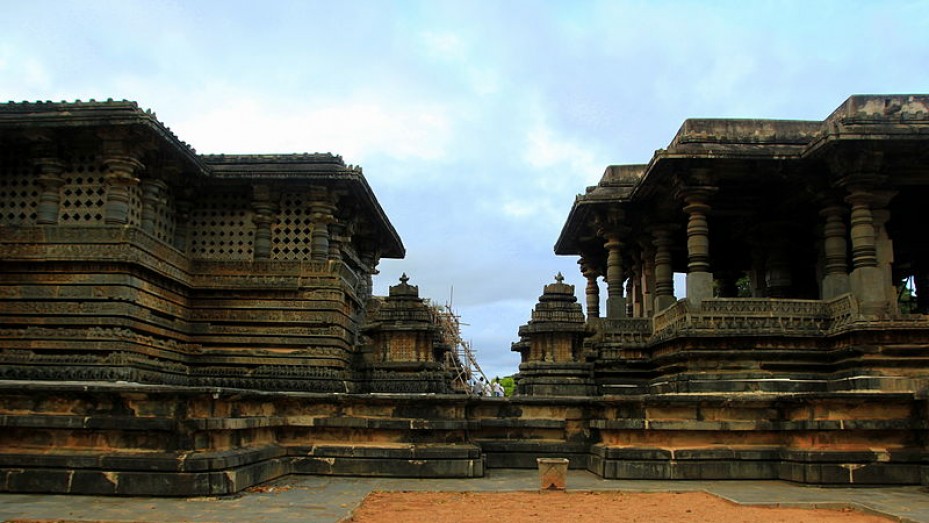 Travellers on a trip to Halebid must visit Hoysaleswara Temple, which is devoted to Lord Shiva. The construction of this temple started in the 12th century, but was later stopped due to the advent of the Delhi Sultanate. Tourists coming to this historic site can see beautifully carved sculptures and excellent stone scrollwork on the platform of the structure.

Hoysaleswara Temple, a star-shaped monument, consists of two temples that are quite alike and have different sanctuaries and mandapams located near one another. Another highlight of the temple is Garuda Stambha and the inscriptions of epic heroes holding knives and cutting their heads in the honour of Kuruva Lakshma, Veera Ballala II's bodyguard. The walls of the temple are decorated with engravings of various gods and goddesses, dancing girls, birds and animals.

At the lower motif of temple, there are 2,000 elephants with riders, each standing in a different stance, along with horses, mythical beasts and floral motifs. On the southern and western entrances, carved dwarapalakas are present. A hilltop, where the palace was located, an idol of Nandi and the chariot of Lord Shiva are other popular attractions located in the vicinity of the temple. Both of them are connected to the shrine by a pathway.