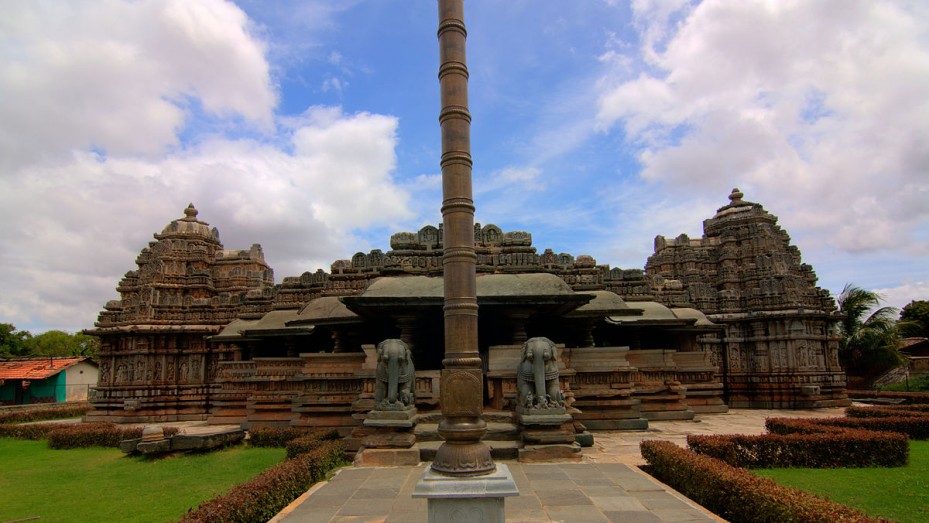 It is recommended that tourists visit Belavadi on a trip of Halebid, if time permits. This national heritage site is known for its picturesque location, including the lush greenery and tall trees that surround it. Located on the Javagal-Chikmagalur route, this village holds utmost importance in the annals of history. Presently, Old Belavadi lies empty while most of the residents of the village have set-up base in New Belavadi.

This small village is home to Sri Veeranarayana Temple that displays Hoysala architecture style. The temple is considered as a trikuta, which literally means “three towers” and houses three beautiful statues, Sri Veeranarayana, Sri Venugopala and Sri Yoganarasimha, facing east, north and south respectively. The village of Belavadi is also known for the legend of Belawadi Mallamma, a warrior-queen who resisted Maratha king Shivaji in the 17th century.