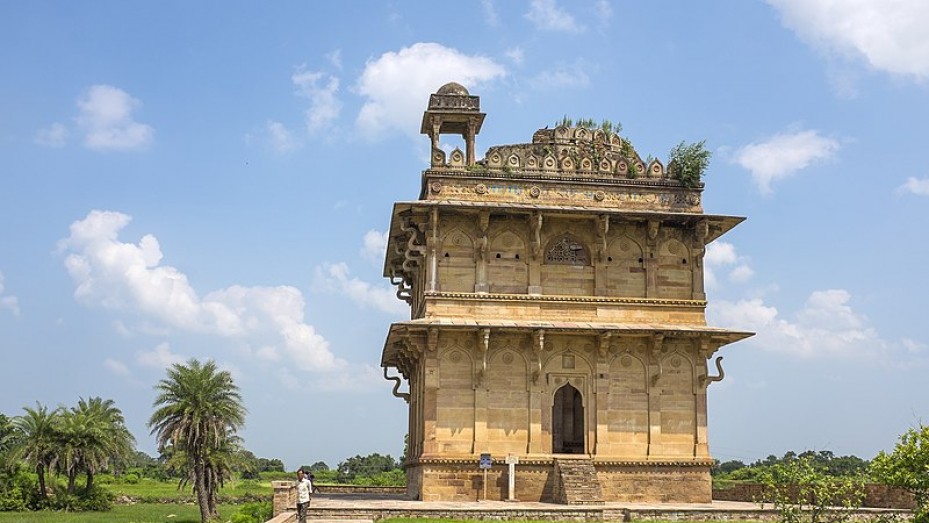 Shahzadi ka Rouza is an impressive monument built on a 12 ft high podium. The structure is situated near the Parmeshwar Pond. The outside wall features a tall first storey and a short second storey. The eaves at both these levels are held by uniquely designed serpentine brackets. The inside of the structure comprises of just one storey and has a single room that is square in shape.

The monument originally had 5 domes, but most of them are ruined now. This structure is basically a tomb built in the 15th century by the then Hakim who governed Chanderi. It was constructed in memory of his daughter Mehrunissa.

She was in love with the chief of Hakim’s army. But due to Hakim’s disapproval, the young couple died at the spot where the memorial stands today. The Hakim buried his daughter there and built the structure as her memorial.