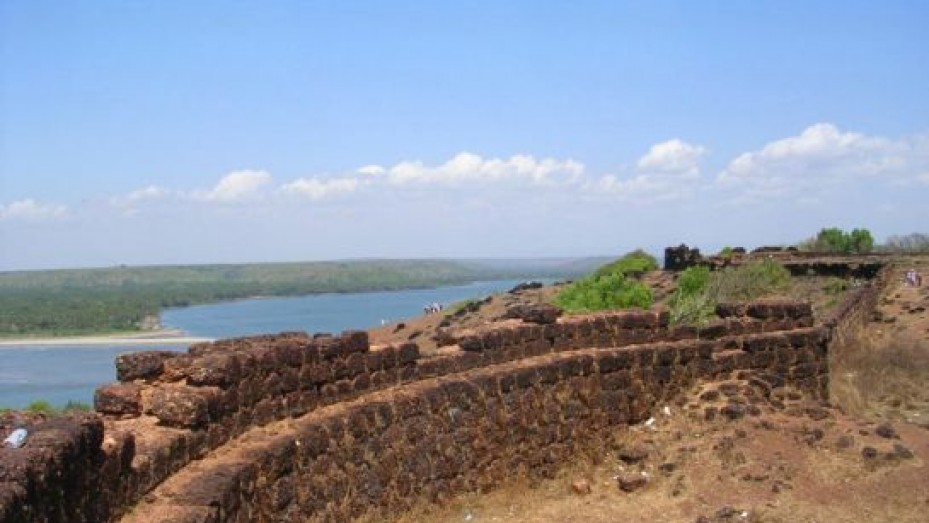 The fort of Chapora like many others in Goa hasn’t had a very strict maintenance regime for the last few decades but does offer some spectacular views. Tourists still marvel at this algae- and moss-infested structure that once spoke of the grandeur of Portuguese architecture along with solid built quality.

Fort Chapora was built by the Potuguese in the year 1617 to protect their territory from Hindu invasion. It’s one of many that were built during the era including the famous Fort Agoda, but unlike Agoda, it fell in the hands of the Hindus eventually, and the ruins today speak of the struggle.

The fort was built on what was earlier a Muslim settlement called Shahpura; hence, an alternate name for the fort spells Shahpur. The fort was abandoned by the Portuguese finally in 1892, but one can still spot discernable remains of the two supply tunnels used during the attack and war.

Chapora is close to the Vagator Beach in the North Bardez district and is easily accessible from the town of Mapusa, being around 10 km away. Simply put, if you’re based anywhere near the Baga, Calangute, Anjuna stretch, getting there shouldn’t take long, just head north.

Getting a cab from Panjim or Vasco should not be an issue either, though it’s advisable that on a day out exploring forts, you hire a car or a bike so you can take your time exploring. The best time to visit Fort Chapora is in the summer.