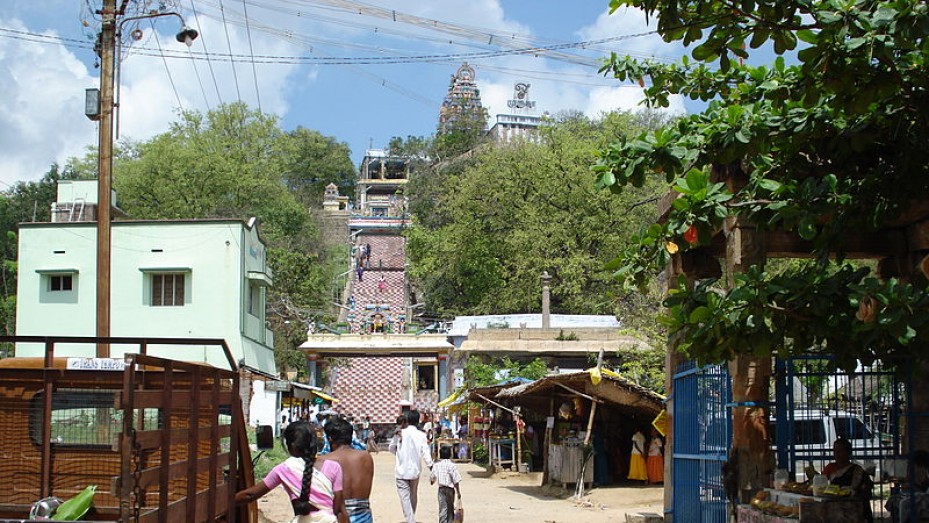 Viralimalai Murugan Temple lies on top of the Viralimalai Hill in the centre of the Trichy town. The temple can be reached by climbing 207 stairs. There are mandapams on the way to the temple which serve as rest rooms for the visitors.

Among several rituals performed there is a ritual of offering a cigar to Lord Dandayudhapani. This cigar is made of sandal paste. It is one of the main rituals of the temple. The temple is surrounded by orchards and many kura trees. These trees were used by ancient yogis and sages during prayers offered to the deity of the Viralimalai Murugan Temple.

Peacocks can also be found around the temple. The temple houses statues of Narad Muni and Rishi Kashyapa within its premises. Various figures of Arumugan and Arunagirinathar are also sculpted on the pillars of the temple.