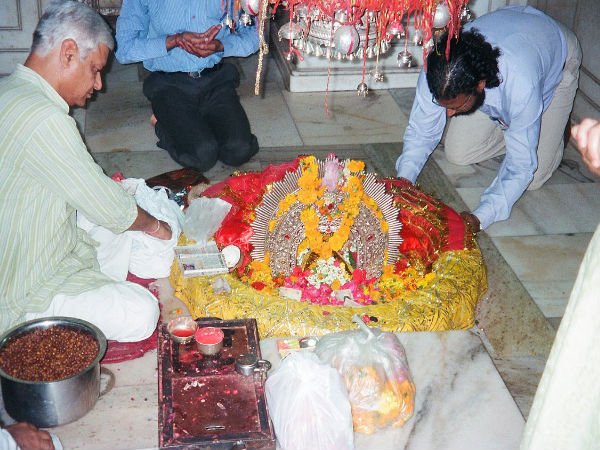 The Yogmaya Temple is one of the unique temples in Delhi. Located in Mehrauli, this temple is dedicated to Yogmaya, the sister of Lord Krishna who is the incarnation of Lord Vishnu. The temple is also known to be one of the five temples from the times of the Hindu epic Mahabharata.

It is believed that the temple was built by the Pandavas at the end of Mahabharata. The ancient city of Mehrauli was named Yoginipura in the Jain scriptures, after the construction of the temple. The city is also one of the ancient cities that make up the present Delhi.

There are several legends associated to this ancient temple. It is said that after Abhimanyu's death by Jayadrath, Lord Krishna and Arjuna visited the temple to seek the Goddess' blessings, where Arjuna took a vow to kill Jayadrath by next evening. With her powers, the Goddess created an illusionary eclipse which also helped Arjuna kill Jayadrath.

Yogmaya is known as the 'Pure Goddess' and many consider her as the mother of all beings. According to Hindu mythology, the Goddess vanishes after prophesying Kansa's death by her brother Lord Krishna. She is believed to have magical illusionary powers.

The idol of Yogmaya is in black stone, placed in a well made of marble. A shivalinga is also placed slightly above the idol of the Goddess.

Though the temple is 5000 years old, it has been damaged and renovated several times through the history.

Phoolwalon ki Sair is one of the most celebrated festivals of the temple. This festival of flowers take place at the surrounding places of Mehrauli that include the Yogmaya Temple and Qutub Sahib's dargah. The highlights of the festival includes Kathak performances, Qawwalis, devotional songs and other cultural programmes that make the festival vibrant and colourful.

Mahashivratri is another major festival of the temple. Devotees sing hymns in praise of Lord Shiva, and devotees can be seen offering night prayers to the Shivalinga.

Temple Timings: The temple is open from 6am to 8pm on all days

How to reach Yogmaya Temple

The temple is located around 10km away from Delhi railway station. Here is how to reach Delhi.

Travel to one of the unique temples of India that belongs to the period of Mahabharata!

Comments
Read more about: delhi temples travel religious travel india
Other articles published on Jan 5, 2017
We use cookies to ensure that we give you the best experience on our website. This includes cookies from third party social media websites and ad networks. Such third party cookies may track your use on Nativeplanet sites for better rendering. Our partners use cookies to ensure we show you advertising that is relevant to you. If you continue without changing your settings, we'll assume that you are happy to receive all cookies on Nativeplanet website. However, you can change your cookie settings at any time. Learn more
Change Settings Continue