Why You Must Consider Visiting Sarahan In Himachal Pradesh 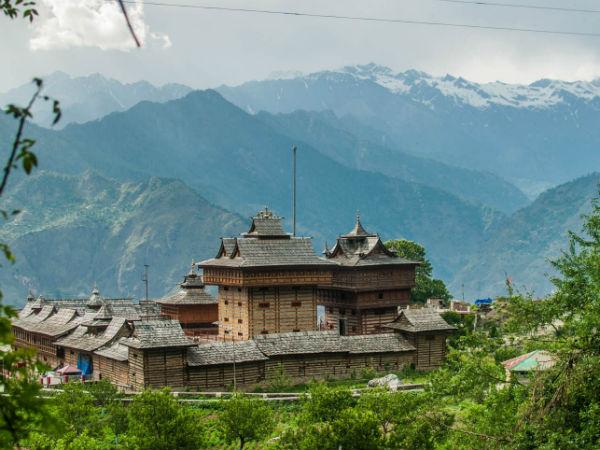 Himachal Pradesh has become a synonym to summer destinations in India. Apart from being an ideal honeymoon destination in India, this beautiful state is also gaining popularity amongst adventure seekers and nature lovers too.

Since the last few decades, Himachal Pradesh has become one of the most visited states in India. Owing its tourism to its pristine valleys and surreal places, this mesmerising state is now on the bucket list of every traveller and tourist. Sarahan is one amongst the few places in Himachal Pradesh which are unknown amongst common tourists.

Also Read: Top 10 Things To Do In Himachal!

Despite being home to several natural wonders and surrounded by enchanting hills and valleys, it is still one of the least-explored places. So, why not discover the beauty of Sarahan in Himachal Pradesh this season? Read on to know everything about the tiny yet beautiful village of Sarahan.

A Little Bit About Sarahan

Located at an elevation of around 6900 feet, Sarahan is a tiny hamlet in the Shimla district of Himachal Pradesh. It is immensely popular amongst locals for its Bhimakali Temple, which is one of the ancient buildings in the village and is considered one of the significant pilgrimage destinations in India.

Sarahan is located at a distance of around 180 km from Shimla and is believed to be one of the oldest living places Himachal Pradesh with its name mentioned several times as Sonitpur in the Puranas. Also known as the gateway of Kinnaur, Sarahan is situated near river Sutlej and has been the summer capital during the Bushahr kingdom.

Read About Kinnaur, The Land Of Fairy Tales

The Beauty Of Sarahan

The beauty of Sarahan lies in its unpolluted environment surrounded by snow-capped mountains, echoing valleys and lush green terrains. Even though it is popular for its Bhimakali Temple, it has also become an ideal summer destination and a perfect trekking and camping spot for unconventional travellers.

Are You A Traveller? Then Visit These River Valleys In India

If you have been to the other parts of Himachal Pradesh and are looking for a place which is tucked away in the lush greenery of nature, then you must consider visiting Sarahan this season.

Due to the presence of temples and palaces, is also historically significant amongst travellers and local tourists. Who would not love to spend few moments of their lives in the midst of misty mountains and miraculous nature?

Places Of Interest In Sarahan

Apart from its natural beauty in the form of hills, valleys and lush greenery, Sarahan is popular for its Bhimakali Temple, which is believed to be built during the Bushahr kingdom and is dedicated to the presiding deity of the dynasty. Bhimakali Temple is a beautiful example of Indo-Tibetan architecture and is a perfect place to explore the history of the town.

Apart from this architectural beauty, there are several other temples and old structures built in and around the complex of the temple. The other major places of interest include The King's and Queen's Palace, Hawa Ghar, Sarahan Pheasantry and warm water streams.

How To Reach Sarahan

By Air: You can take a direct flight to Shimla Airport and then from there you can hire a cab to Sarahan. Shimla Airport is located at a distance of around 180 km from Sarahan.

By Rail: The nearest railhead is at Shimla only. Once you have reached Shimla railway station, you can hire a cab to Sarahan.

By Road: Sarahan is well connected to major cities and towns by road; hence, it is easily accessible by road.