Nativeplanet
»
Travel guide
»Why Serchhip In Mizoram Makes For An Idyllic Vacation!

Why Serchhip In Mizoram Makes For An Idyllic Vacation! 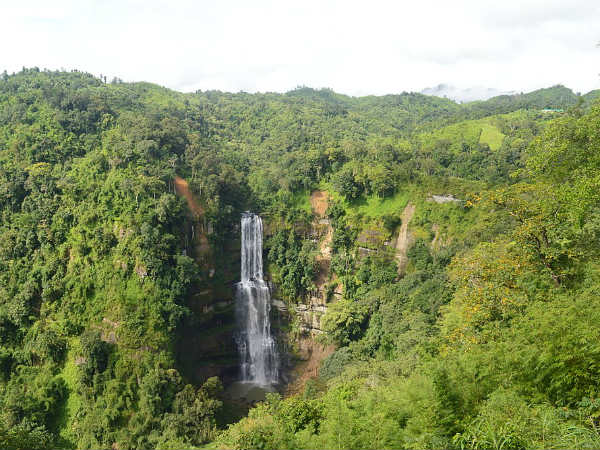 A beautiful district in Mizoram, Serchhip is known for its green surroundings and quaint villages which are scattered all over the grassy landscape. Therefore, it is popular amongst locals as a weekend destination. However, it is still far away from the eyes of regular tourists and travellers, due to which it's atmosphere remains unpolluted and pleasant throughout the year. As per historical records, the settlement of Serchhip dates back to hundreds of years. As agriculture is the major occupation of the locals here, you can find the entire district surrounded by beautiful farm fields.

Doesn't it seem like an idyllic destination to spend a vacation amidst peace? You can also avail the opportunities of learning about the raw culture of Mizoram and experiencing a country life in its villages. So, what do you think about a trip to Serchhip in Mizoram this season? Following are the major places which you shouldn't miss visiting here.

Located at a distance of about 34 km from the centre of Serchhip, Chhingpuii Thlan is a memorial spot which houses a stone dedicated to the love story of two locals named Chhingpuii and Kaptuanga. As per local legends, it is believed that when Chhingpuii got kidnapped and killed in the civil war during the late 19th century, her husband, Kaptuanga, couldn't stay on his own and ended his life by committing suicide.

Chhingpuii Thlan is said to be the place where he died and hence, this place stands as a memorial site to their great love story. It has become a popular tourist spot in Serchhip today and is visited by several locals and seasonal tourists every day. Wouldn't you want to get yourself to this historic site?

Another tourist spot, Vantawng Falls is the highest and most popular waterfall in Mizoram. Falling from a height of about 750 feet, this majestic beauty is a perfect spot to savour the beauty of seclusion. Surrounded by dense forests and gushing down the rocky terrains, this tiered waterfall is all set to soothe your mind, body and soul.

But, do you know about its tragic story and how it came to be called Vantawng? If not, then let us tell you. The waterfall is named after a popular swimmer who died here while performing stunts in its waters. He was a well-known personality in the locality and hence, after his tragic death, locals decided to call it after his name. Today, Vantawng Falls is frequented by tourists from all over the state.

To everyone's surprise, Serchhip is also home to several paragliding spots and hence, you can also avail the opportunity of gliding through the air within its boundaries. As this adventurous sport is a newly popular activity in the town, it is only known to a few offbeat travellers.

So, how about trekking up the hills of Serchhip and gaining this perennial experience as you drift downwards, enjoying the aerial view of the surrounding hills and settlements? Wouldn't it give you an adrenaline rush?

Are you a wildlife lover? If yes, then you should add Thenzawl Deer Park to your list. Located at a distance of about 32 km from the centre of Serchhip, this beautiful park holds a population of more than 20 deer. As the environment is filled with lush greenery, it is a perfect place for picnickers and photographers too.

Apart from deer, you can also spot several species of birds, butterflies and plants here. Don't you think it is a perfect place to spend your vacation? You cannot get such an amazing presence of nature everywhere you go; so, do not miss out on this lovely spot which can pacify you.

In the midst of hills and beautiful forest, Chawngchilhi Puk is a small cave which is known for its legendary stories. It is believed that once a local girl fell in love with a serpent inside this cave and it is the same place where she gave birth to her first child.

Apart from learning about the stories related to this age-old cave, you can also explore its beautiful surroundings which consist of green trees and grasslands. So, how about taking up this cave expedition in Serchhip this season?