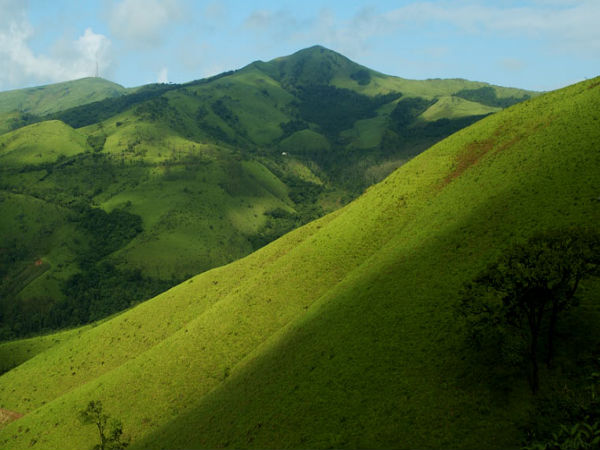 The 'Land of Coffee' Chikmagalur is full of mountain ranges, forests, rivers and hills. It is a paradise for nature lovers and tourists. The Western Ghats here offers a lot for travellers and hence there are many weekend getaways in and around Chikmagalur.

The mountain ranges of Baba Budan Giri, Mullayangiri, Coffee estates, waterfalls, etc. are the major attractions. The neighbouring Hassan also has some popular sites which are not far from Chikmagalur.

Many people love to go on a trip from Bangalore to Chikmagalur on weekends. The district with bounty of nature, is also a trekkers paradise.

Let us go around some of the popular places in this picturesque district.

Kemmannugundi is a hill station in KR Hills, which was earlier a summer retreat of Krishnaraja Wodeyar IV (King of Mysore). Hence, the hills are named after him.

Kemmannugundi in Kannada means a place with red soil. This picturesque hill station is a trekkers paradise and many go there to enjoy its lush greenery.

Kemmannugundi with a surrounding view of Baba Budangiri Ranges, streams and waterfalls is one of the popular hill stations in Chikmagalur.

Amrutheshwara Temple is situated in Amruthapura village. It is an ancient temple built by the Hoysala rulers. The temple has one Vimana (shrine) and a tower, there is an outer wall surrounding the shrine.

The large panels (side walls) have artistic carvings which depict the stories of Mahabharata and Ramayana.

One can see the intricate carvings, large pillars and the grandeur of Hoysala architecture. Hence, a visit to Amrutheshwara temple in Chikmagalur is a must.

Baba Budangiri is a hill in the mountain ranges of Baba Budangiri. Once a Sufi saint called Baba Budan came here to preach and that's how the hill gets the name.

Baba Budangiri is a holy place for both Hindus and Muslims. Mullayanagiri, the highest peak of Chikmagalur is situated in Baba Budangiri ranges. Earlier, known as Chandra Drona Parvatha, this hill is one of the major attractions in Chikmagalur.

Kodandaramaswami Temple is a temple dedicated to Lord Rama and his brother Lakshamana. The temple has been constructed in 3 time periods and hence it has different architectural styles.

Kodandarama temple is situated in Hiremagalur near Chikmagalur town. The idols of Goddess Sita and Lord Hanuman along with Lord Rama and Lakshaman can be see in the shrine.

Temple is built in Hoysala and Dravidian style of architecture. It is one of the places to visit in Chikmagalur.

Halebidu, the capital city of Hoysala dynasty is a popular historic site in Hassan distict. It is known fot the temples of Hoysaleshwara and Kedareshwara built during 12th - 13th century.

Halebidu is around 50km from Chikmagalur and a famous tourist place in Karnataka.

The Hoysaleshwara temple is also proposed to gain the status of UNESCO World Heritage Site.

Belur is yet another historic site situated near Chikmagalur. Belur is famous for Chennakeshava temple which shows the craftmanship of Hoysala architectures.

Sakleshpur is a hill town in Hassan and it popularly known as 'poor man's Ooty'. Situated at the border of Chikmagalur and Kodagu districts, Sakleshpur is one of the popular tourist places.

Sakleshpur is surrounded by the coffee plantations, waterfalls and the Western Ghats which provides the beauty to this place.

The hill town is around 80km from Chikmagalur and is a must visit place. Bisile Ghat , Manjarabad Fort , etc. are some of the major attractions in Saklespur.

Mullayanagiri is the highest peak and it is located in the Baba Budan Giri mountain ranges. The peak got its name from a tomb of a saint Mulappa Swamy, who used to meditate in a cave near the summit.

Mullayanagiri is one of the best trekking destinations in Karnataka. And a popular weekend getaway from Chikmagalur.

Kudremukh is another hill station in Chikmagalur district. It is the 3rd highest peak and a popular tourist place.

Kudremukh with its picturesque landscapes and spots, is one of the must visit places in Chikmagalur.