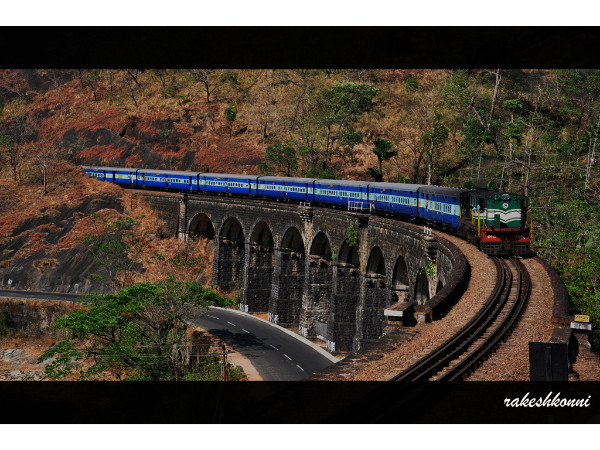 Ecotourism is becoming a hit these days and definitely why not?! Travelling to some pristine destination, learning about the exotic biodiversities and encouraging the conservation of nature is worth all the time in the world. After all, it is Mother Nature that protects us and we must make sure to conserve it.

Kerala is rightly called "God's own country" and with its lush greenery spread across the state, it makes one realise about conserving nature and wildlife. In a one-of-its-kind initiative, the hill of Thenmala has been developed into an ecotourism spot in Kerala.

Aren't you excited to see such a beautiful place? Here is the photo tour of Thenmala in Kerala.

Significance of the Name

In Malayalam, 'Then' means honey and 'Mala' means hill; it is said that the honey collected in this region is very tasty and unique due to its ecosystem.
PC: Akhilan

One of its Kind

Thenmala is one of the first planned ecotourist destinations in India. It is managed by the Themala Ecotourism Promotional Society, a part of the Government of Kerala.
PC: Akhilan

Thenmala tourism is divided into 3 major zones, namely Culture Zone, Leisure Zone and Adventure Zone. Apart from this, Thenmala dam and reservoir, Palaruvi falls, Shenduruny Wildlife Sanctuary and Thenmala bridge are some of the top tourist attractions in this place.
PC: Arunvrparavur

Thenmala Dam is an irrigation dam that is built across the Kallada river. It is one of the top tourist attractions in Thenmala.
PC: Kumar Mullackal

Thenmala railway bridge was constructed during the time of British in 1904. Today, this railway line connects Kollam to Punalur. This arch-bridge is one of the major attractions of Thenmala tourism.
PC: Rakesh S

The Adventure Zone offers different activities like trekking, mountain biking, etc., whereas the Culture Zone educates you more about the Kerala culture. The Leisure Zone is created for a leisure time, the sway bridge is located in this zone.
PC: Mohanraj Kolathapilly

How to Reach Thenmala