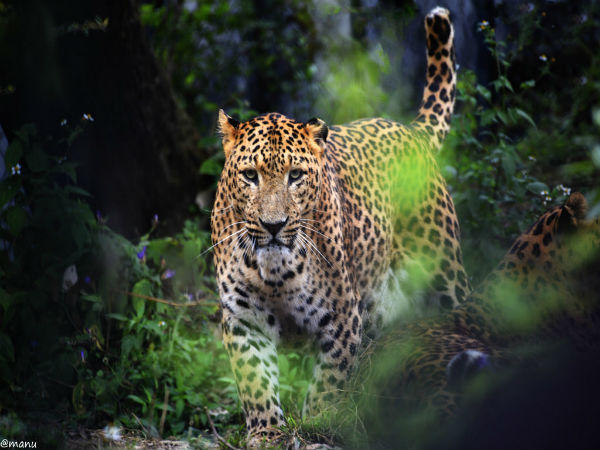 A short trip to a weekend escape is one the best possible things to do if you are in search of some thrill and adventure along with a break from your daily routine. The capital city of Assam, is one amongst the fast developing cities in the country and is also home to plenty of tourist attractions within its vicinity.

Guwahati is the city where one would come across rich history and culture. However, the people of Guwahati do love to venture out to different places across the country. Have a look at some of the places which can be considered as weekend getaways from this beautiful and historical city.

Hajo is one of the well-known ancient pilgrimage destinations not only for Hindus but also for the followers of Islam and Buddhism. One of the most popular temples here is the Hayagriva Madhab Temple which was built in the year 1583 by a king named Raghu Deva Narayan.

The Hajo Powa Mecca is a holy place for the Muslim as it is believed that the soil used in the construction of Powa Mecca was brought from Mecca, which is considered as of the holiest city for the followers of Islam.

Yet another beautiful creation of nature, Chandubi Lake was formed as a result of the earthquake which struck the place in the year 1987.

The forest area paved way for the lake after it was completely wiped out by the earthquake. Head out for a long drive to reach Chandubi Lake, amidst golden-hued paddy fields on both sides of the road which for sure would sweep you off your feet. One would come across a large number of tea gardens and can spot workers plucking tea leaves.

Tezpur is a historic town which is also known as the Cultural Capital of Assam and is well known for its temples, beautiful parks and the majestic Brahmaputra. One would also come across a number of ruins here which date back to the 8th and 9th centuries.

The major attractions here are the Chitralekha Udyan, Agnigarh, which is located atop a hill which gives beautiful views of the Brahmaputra.

The Mahabhairav Mandir, Padum Pukhuri, Ganesh Ghat, etc. are some of the other major attractions of the town along with the hamlet of Da Parbatia where one can witness Gupta style of architecture.

Speaking about weekend getaways and places to visit from Guwahati, one of the most beautiful places would be Shillong. Fondly called the Scotland of the East, the breathtaking hills, cool breeze and many other factors influence the place making it one of the best places to visit.

Some of the other major sightings to visit are the Cathedral of Mary help of Christians, the polo grounds and the Lady Hydari Park.

A UNESCO World Heritage Site, Manas National Park is one of the most sought-after destinations for someone who loves nature and wildlife.

The national park is one of the best places to come across wild buffaloes, tigers, elephants, peacocks and several others apart from a pantheon of avian species.The park falls under the Tiger Reserve Project which makes it kind of easy for one to spot the royal Bengal tiger.

Deepor Beel is a freshwater lake located en route Pamohi. The lake is well known to spot migratory birds and is home to 219 species of birds.

The place is also home to some of the endangered species of birds like the spot-billed Pelican and many others even during the winters, which makes it truly paradise for wildlife photographers.

The Pobitora Wildlife Sanctuary is well home for being the home of the one-horned rhino and a large variety of migratory birds.

Apart from these the place is also home to a sizeable population of wild buffaloes, barking deer and leopards. Two other attractions inside the park are the Haduk Hanging Bridge and the Garanga Beel Pond.

Comments
Read more about: travel india nature wildlife temples religious travel guwahati
Other articles published on Nov 22, 2017
We use cookies to ensure that we give you the best experience on our website. This includes cookies from third party social media websites and ad networks. Such third party cookies may track your use on Nativeplanet sites for better rendering. Our partners use cookies to ensure we show you advertising that is relevant to you. If you continue without changing your settings, we'll assume that you are happy to receive all cookies on Nativeplanet website. However, you can change your cookie settings at any time. Learn more
Change Settings Continue