A Scenic Train Journey From Rome To Catania 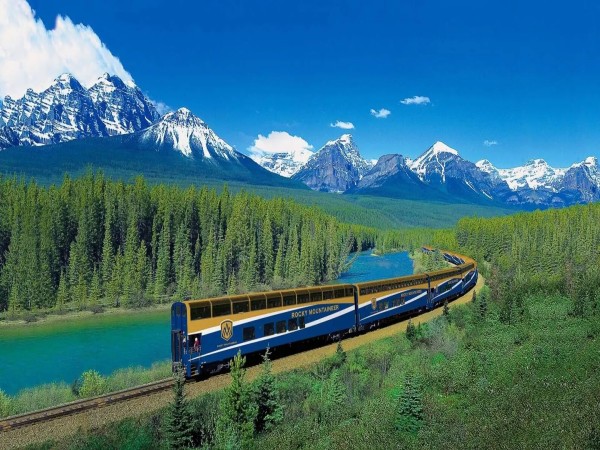 You may well puzzle over the idea of a train running all the way from Rome, in mainland Italy, to Catania in Sicily, but this is a rare journey where the train boards a ship across the sea. It may be faster to fly, but you would miss watching the landscape changing from a European aspect to a harsher, almost North African one as it slips by.

Leaving Rome's main station in the morning, the suburbs finally give way to plots of well-cultivated land interspersed with small houses, many only half-built, multi-coloured washing flapping on lines in the sunshine. Yellow and white flowers brighten the fields and the trees begin to appear smaller and more gnarled.

After drawing into Naples, its shabby, colourful tenements strung with washing, the line turns to run parallel to the coast. You'll catch a glimpse of the island of Capri and the Sorrentine peninsula, and soon the landscape becomes one of bare, rocky hills, and abandoned villages, with an occasional sprinkling of modern houses. The beach too looks somewhat abandoned: with few people and just the odd fishing boat out of the sea.

Finally, the train pulls into Villa San Giovanni, where the carriages, uncoupled, are rolled onto the ferry, and taken across the Straits of Messina, where they are rolled back onto tracks and reassembled. During the crossing, passengers either stay in their compartments or climb the stairs to the deck, where they can relish the sight of Sicily and Messina gradually drawing closer.

The journey down Sicily's eastern coast takes you past citrus groves, crumbling castles, prickly pears and cacti. You even get a good enough look at Taormina to want to visit its property, as well as pass the imposing mass of Mount Etna, before eventually arriving at Catania, the island's second city and seaport.

All year round, but April to November is probably best.

Duration of the journey

The straits of Messina were described in Homer's Odyssey as one of the most treacherous passages on earth, guarded by sirens who tempted sailors to their deaths with songs. Ships had to pass between two months. Scylla, who plucked sailors from their ships and ate them alive, and Charybdis, who sucked entire ships into the whirlpool it created.