Reasons That Make Amreli In Gujarat A Must-visit Destination 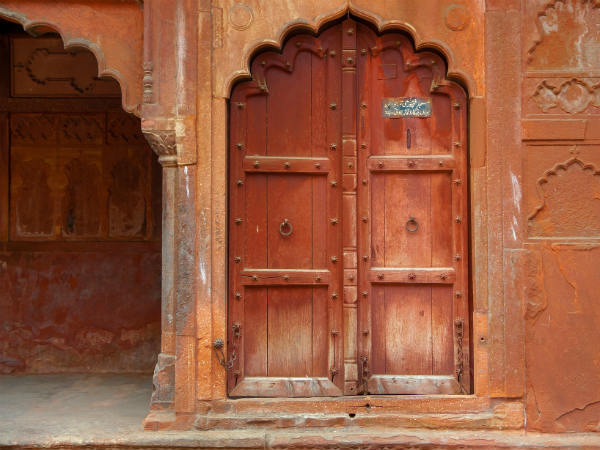 Gujarat is one of the most visited places in the western part of India when it comes to historical places. After all, it is home to some of the oldest places in the country and is also the place where several settlements during the period of the Indus Valley Civilisation flourished for centuries. One such place which enhances the beauty of Gujarat is Amreli. However, it remains unexplored throughout the year. Being a traveller, wouldn't you love to get such places to the limelight and provide them with fame? If yes, then you must not miss visiting Amreli this season. Following are the major reasons that this unexplored beauty is a must-visit destination. Read on to know more about them.

Has History Dating Back To The Early Medieval Period

Yes, the history of Amreli stretches back to the period of Medieval India. As per records, this beautiful town existed during the early 6th century when it was popular as Anumanji. However, as per local legends, the town is said to have been founded before the advent of the Common Era thousands of years ago.

It was also known as Amarvalli in the later centuries of the Medieval Period. Amreli was ruled by several dynasties in the past, such as the Gaekwads. Well, did you know that Amreli was once a part of the Bombay State in the 1950s?

The Land Of Temples And Religious Sites

It is rightly said that the history of any place in India is always incomplete without temples and other religious sites. These places, apart from talking about the town's foundation, brief us about the culture, traditions and the lifestyle that prevailed during that era. Therefore, if you are looking forward to exploring the entire history of Amreli, you must visit its beautiful temples.

As of now, the district of Amreli has more than 100 temples. The most prominent ones include Trimandir, Nagnath, Swaminarayan Temple, Siddhi Vinayak Temple and Guru Datta Temple. Other religious sites which are also visited by hundreds of locals and a few offbeat travellers every year include Gebansha Peer Dargah and Pandav Kund.

How can an ancient town be deprived of historical places? Amreli houses several historical sites and monuments, ranging from forts to palaces and ashrams to caves. These age-old beauties define the history of Amreli and are the major reasons why every history lover needs to plan a tour of Amreli this season.

The list includes Mir Sahib's Haveli, Sana Vakya Caves, Jafrabad Fort, Pipavav Fort, Amreli Tower, Amreli Palace and Jafari Mazaar. Even though most of them are lying in ruins, on account of their interesting history, they certainly deserve to be explored. Add these wondrous beauties to your bucket list if you would love to scrutinise such age-old ruins.

This is the major reason which might allure nature lovers to consider Amreli as their next destination this season. The region in and around Amreli is home to several wildlife sanctuaries and protected land where you can spot hundreds of species of animals and plants. You can also savour their pristine and peaceful environment.

From photographers to nature lovers, these natural expanses are ideal stoppages for every traveller who is looking forward to capturing the natural beauty of Amreli. Dhari Gir Wildlife Sanctuary is the most significant one around Amreli. So, what do you think of a visit to Amreli now?

The presence of several beautiful gardens within its boundaries of Amreli make it a weekend getaway for several local tourists and picnickers. These beautiful places are perfect spots to enjoy the mornings and evenings of Amreli.

From lazing by lush green lawns to taking a stroll through colourful lanes, there is a lot to do here. Gandhi Bagh is the most popular garden here. Even though it is only visited by locals, it deserves to be explored by every tourist on account of its beautiful surroundings and serene environment.

Apart from the above-given places, you can also consider visiting its other attractions which include Shri Girdharilal Museum, Chanch Bungalow at Rajula and Pavan Dham Gaushala.

Comments
Read more about: india travel tourism gujarat temples palaces forts history weekend
Other articles published on Sep 3, 2018
We use cookies to ensure that we give you the best experience on our website. This includes cookies from third party social media websites and ad networks. Such third party cookies may track your use on Nativeplanet sites for better rendering. Our partners use cookies to ensure we show you advertising that is relevant to you. If you continue without changing your settings, we'll assume that you are happy to receive all cookies on Nativeplanet website. However, you can change your cookie settings at any time. Learn more
Change Settings Continue