Nativeplanet
»
Travel guide
»Travel to the Picturesque Town of Valparai

Travel to the Picturesque Town of Valparai 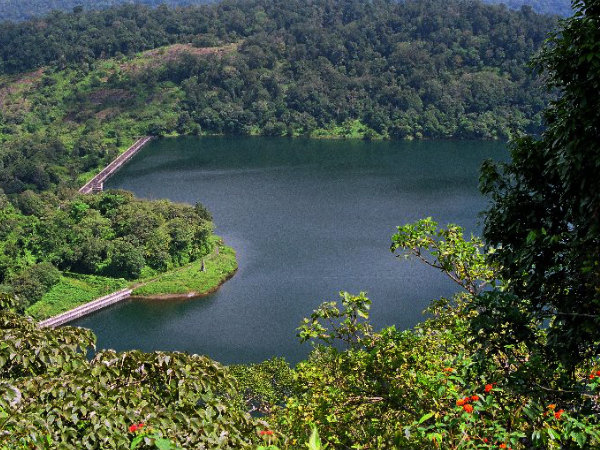 Valparai is one hill station not meant for the light hearted. Placed at an elevation of 1066.8 mt above sea level, it is one of the most beautiful hill stations in Tamil Nadu. It is located in Coimbatore district and is part of the Anamalai Mountain Range. Most of the mountainous expanses that come under this hill station are still off limits, almost 170 years after the first human settlement in Valparai. It is a hill station where the manmade tea and coffee plantations co-exists with the dense forests, wild waterfalls and whispering streams.

Chinnakalar Falls is a waterfall located 26 km east of the Valparai Hill Station. It receives the second greatest amount of rainfall in the country and for that reason is known as the 'Cherrapunnji of South India'. Surrounded by dense greenery on all sides, the ambience that Chinnakalar presents is one of peace.

A hanging bridge has been constructed over the falls which makes the trip all the more adventurous. The falls have been known to sound like a roaring lion. Chinnakalar is always shrouded by cloud and mist, mostly because of the heavy rainfall it receives throughout the year.

Scenic view of the waterfall.

Grass Hills is a part of the Indira Gandhi Wildlife reserve and is located around 15 km away from Valparai. You cannot visit Grass hills without receiving permission from the Warden at the Wildlife department. But, this location is one place that should not be missed once you are at Valparai.

It is a protected region and a wide variety of flora and fauna are preserved here in their natural habitat. It presents the visitor with the beauty and ambience of a pristine green ecosystem and astonishing views of the hill and forest entwined as one. The best season to visit Grass hills is during the months of January to May.

Beautiful view of the Grass Hills.

Sholayar is famous for the Upper Sholayar Dam which is the second deepest dam in the whole of Asia and attracts a number of visitors throughout the year. The dam is a part of Tamil Nadu's hydroelectric power project. The dam in itself is a sight to behold with its majestic might and the gushing waters that flow out from it.

It is located 85 km away from Pollachi. The Dam is set amidst plantations, thick forests and green hills and meadows. Sholayar is one place that leaves the visitor wanting for more, of the peace and serenity that is rare in the city. The dam is filled with visitors at any time of the year, owing to its serene location.

Picturesque view of the Sholayar region.

The Ganapati Temple or Chitti Vinayagar temple is located 3 km from Valparai. The idol of Ganapathi is similar to the one worshipped at the Siddhi Vinayak Temple at Mumbai. The idol housed here at the Ganapati Temple has another interesting feature, it is carved entirely from one single block of marble.

How to Reach Valparai

By Air: The Closest airport to Valparai is Coimbatore, 120 km away, down in the plains. It is advisable to take a flight from any of the major cities in the country to Coimbatore and then travel to Valparai via bus or cab.

By Train: The closest railway station to Valparai, is at Pollachi. The next being Coimbatore junction. Pollachi has a number of local trains that run on the Coimbatore-Pollachi route.

By Road: The closest places to Valparai are Coimbatore, which is 108km away and Pollachi which is 65 kilometers away. The route runs along the NH 83 and SH 78. It is easy, cheaper and faster to travel by road to Valparai.

So when are you heading to Valparai?