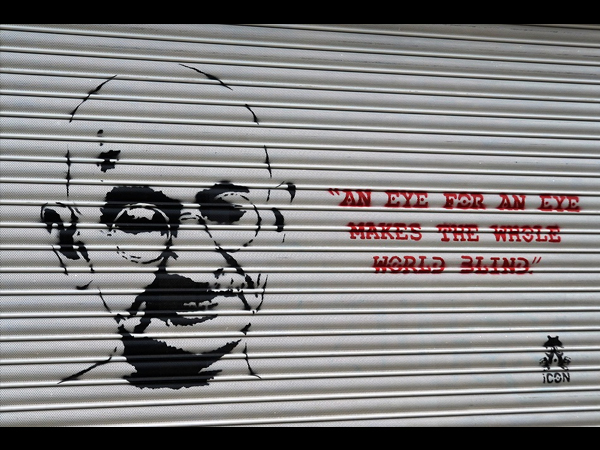 Mahatma Gandhi lived in many places across India during his extraordinary life. As a tribute to Gandhi's achievements and contributions, many buildings have been converted to museums and memorials with artefacts, old photographs, and books.

Here are a few memorials and museums you can visit this Gandhi Jayanti to know how Mahatma Gandhi changed the world:

Sabarmati Ashram, also known as Harijan Ashram, was home to Gandhi from 1917 to 1930. It was built when Gandhi returned from South Africa after being a barrister for a few years. The location on the bank of Sabarmati river was hand-picked by Gandhi, to experience a simple life of farming, animal husbandry, and weaving. On 12 March 1930, Sabarmati ashram became the launch point for Dandi March, that was initiated to protest against the British Salt Law in India. It is one of the most visited places, and most of the visitors are history buffs, scholars, peace lovers, and Gandhi followers. There are three art galleries in the Charles Correa-designed museum - the Gandhi in Ahmedabad Gallery, the Painting Gallery, and "My life is my message" Gallery, and houses the Ashram's library.

Often visited by Gandhi between 1917 and 1934, Mani Bhavan, located in the Gamdevi neighbourhood of Mumbai, was a place owned by his Revashankar Jagjeevan Jhaveri. The house has been a part of Gandhian history, including Satyagraha against the Rowlatt Act. As a tribute to Gandhi, the house was converted to a museum in 1955. Most of the rooms in the building are preserved in its original setting, untouched. The museum showcases Gandhi's life through miniature figures, artefacts, and a massive collection of books on Gandhi.

Mahatma Gandhi lived in Maganwadi in Warda for a few years. Consequently, this residence, owned by Gandhi's friend Maganlal Gandhi, was converted into a museum. The museum contains memorabilia related to Gandhi. And Gandhi Chitra Pradarshani is a visual treat to many visitors.

Aga Khan Palace is associated with Gandhi for many reasons. Located amid the Yerwada neighbourhood in Pune, this grand palace is declared as a monument of national importance and well-preserved by the Archaeological Survey of India. For many days Gandhi, his wife Kasturba Gandhi along with other leaders, were kept under house arrest during the Quit India movement. And it is here Mrs Gandhi died with Gandhi along her side. The museum and the rooms in it have galleries containing personal belongings as well as paintings and photographs.

Located on the banks of River Yamuna, Raj Ghat marks the spot of Mahatma Gandhi's cremation or Antim Sanskar that was performed on 31 January 1948, a day after his assassination. It is a must-visit place for the people who want to pay respects for the great man. A black marble platform represents Gandhi's cremation spot along with other notable leaders' memorials, in different parts of Raj Ghat. Gandhi's memorial is marked by an eternal flame left open to the sky. As a part of Indian culture and respect, one has to remove the footwear and enter the spot.

National Gandhi Museum, located opposite to the Raj Ghat, contains a vast collection of original artefacts, personal journals, and documents, photographs, other memorabilia connected with Mrs & Mr Gandhi. There are no entry or photography charges.

Gandhi Ghat, located on the banks of Ganga, boasts a memorial to mark the spot where Gandhi's ashes were immersed in the river. It is a few minutes away from the museum. Photography is prohibited at Gandhi Ghat.

A former 17th-century palace that belonged to Rani Mangammal of the Nayak dynasty was refurbished into a Gandhi Memorial Museum. It displays an infamous piece of the blood-stained garment Gandhi was wearing at the point of his assassination. The museum also showcases a historic letter written by Gandhi to Adolf Hitler.

Comments
Read more about: gandhi jayanti gandhi memorials india
Other articles published on Oct 1, 2019
We use cookies to ensure that we give you the best experience on our website. This includes cookies from third party social media websites and ad networks. Such third party cookies may track your use on Nativeplanet sites for better rendering. Our partners use cookies to ensure we show you advertising that is relevant to you. If you continue without changing your settings, we'll assume that you are happy to receive all cookies on Nativeplanet website. However, you can change your cookie settings at any time. Learn more
Change Settings Continue