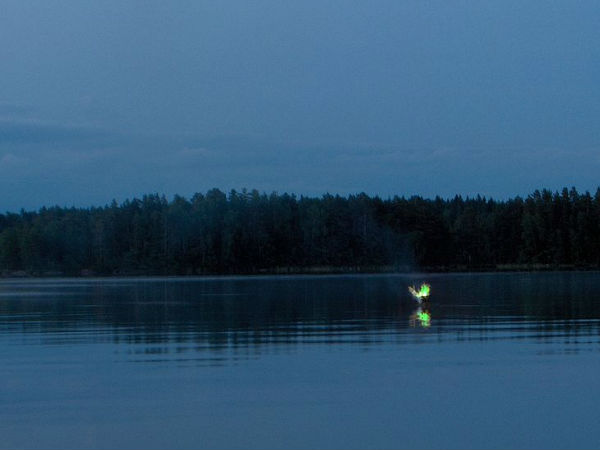 If you have an appetite for paranormal activities, Aleya ghost lights in West Bengal is definitely going to grab your attention! If you happen to roam in the swamps of Bengal, you might come across a nightmarish display of flickering colourful lights at a distance. And these lights, when approached, drowns you to the depth of swamps.

Aleya ghost lights in West Bengal is not a solitary phenomenon. These ghost lights are spotted in many parts of the world and are known by different names like will-o'-the-wisp or jack-o'-lantern. This phenomenon of Will-o'-the-wisp has both baffled and evoked people all around the world for centuries, both the men of science and religion!

The unique and beautiful Sundarban mangroves hosts these swamps and marshes which are considered to be one of the most haunted places in West Bengal. The fishermen community of the area have often spotted this ball of flickering light and when approached, these lights are believed to drown people!

The fishermen who follow the lights either gets drowned or gets tranfixed. Many bodies have washed ashore on these swamps that locals attribute to Aleya lights. They believe that these lights are the spirits of dead fishermen who lost their lives fishing in the marshes. While Some of these spirits appear with an intention of killing other fishermen by leading them off the path, others appear to point them in the right direction!

Scientists all around the world have vaguely attributed this phenomenon to distinct theories like ionization of methane or geological faulting. But the local folklore has a different say! While in some parts of Europe it is believed to be the light of fairies, it is presumed as a location of buried treasure in some other parts. Regardless of that, Aleya ghost lights in West Bengal remains to be one of the most mysterious places in West Bengal.

Imagine a flickering ball of light right in front of you while you struggle to find your way back to the safe confines of civilisation through the dark and eerie swamps and marshes! Reminding you of 'Pirates of the Caribbean'?! Travel to these swamps and experience it for yourself.