Lushai Hills – The Natural Expanse Painted In Between Mizoram And Tripura 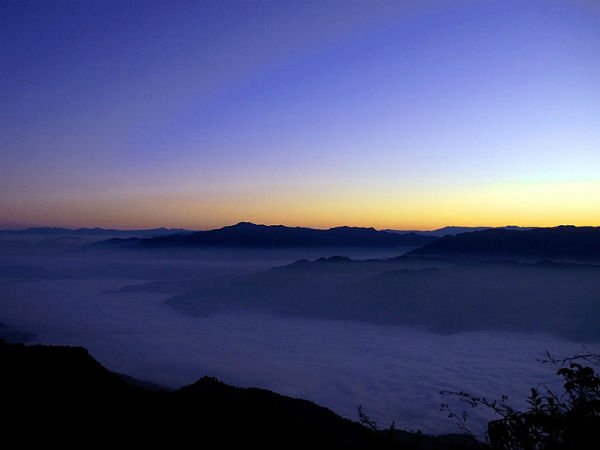 Despite hosting some of the most beautiful sites in the country, the region of northeastern India remains unexplored throughout the year. However, for unconventional travellers, this beautiful part of India certainly serves as heaven where they can get in touch with the best of natural beauties spread in the form of hills, valleys, rivers and lakes.

One such beauty lurking on the borders of Tripura and Mizoram is Lushai Hills which deserves to be unveiled amongst common tourists. So, how about planning a visit to Lushai Hills this season and bringing it to the limelight? Read on to know in detail about this natural expanse and how to reach it.

A Little About Lushai Hills' Location And Surroundings

Originally a part of Patkai Range, which is spread across the countries of Myanmar and China, Lushai Hills is a beautiful mountain range and is nestled on the borders of Tripura and Mizoram. It is mostly popular amongst offbeat travellers and local tourists for Phawngpui, which is also known as Blue Mountain and is the highest peak of Lushai Hills, standing at a height of about 7076 feet.

Covered with the forests of bamboo, pine and oak, the region of Lushai Hills is one of the richest lands in northeastern India as it is home to hundreds of rare and endangered species of plants, animals, birds and reptiles. It is also inhabited by several Mizo tribes which are said to have been living here for centuries. However, the population of these tribes is very less.

The major places for which it is famous and visited by tourists include Phawngpui National Park, which is enriched with beautiful vegetation and offers a lot of adventurous activities, and the Blue Mountain, which is certainly a stretch of paradise.

Why You Should Visit Lushai Hills

Wouldn't you love to watch the heavenly beauty of Blue Mountain as it sparkles throughout the day with its elegant appearance? If yes, then Lushai Hills should be your destination. Apart from watching spectacular views of mountain ranges, you can also indulge in trekking, camping and hiking in the region of Lushai Hills. Its lush green surroundings will certainly help you rejuvenate your mind, body and soul. You cannot find such an amazing mix of beautiful nature everywhere in India. So, why not plan a trip to Lushai Hills now?

How To Reach Lushai Hills

By Rail: The nearest railway station from Lushai Hills is located in Silchar at a distance of around 280 km and hence, you need to catch a train to Silchar railway station to reach your destination. From the station, you can take a taxi to Lushai Hills.

By Road: Not every place in the Lushai Hills is easily accessible by road. There are several places which need trekking or hiking. However, the best way to reach the peak of Lushai Hills is to take a cab to Phawngpui, which can be approached by road.

Comments
Read more about: india travel tourism summer hills mizoram tripura mountains valleys
Other articles published on Jun 14, 2018
We use cookies to ensure that we give you the best experience on our website. This includes cookies from third party social media websites and ad networks. Such third party cookies may track your use on Nativeplanet sites for better rendering. Our partners use cookies to ensure we show you advertising that is relevant to you. If you continue without changing your settings, we'll assume that you are happy to receive all cookies on Nativeplanet website. However, you can change your cookie settings at any time. Learn more
Change Settings Continue