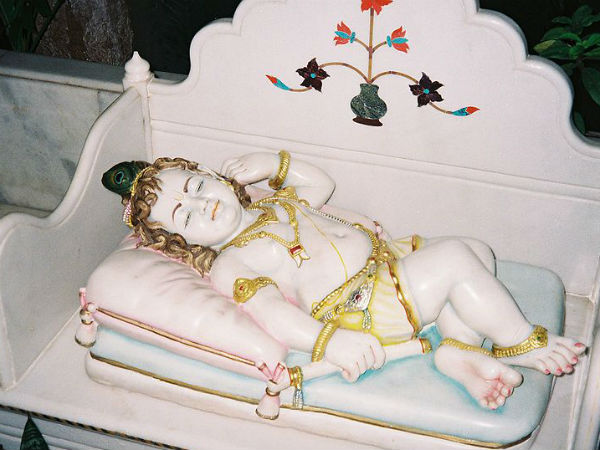 One of the most popular and sacred festivals amongst Hindus, Sri Krishna Janmashtami is falling on 2nd September this year and is celebrated across the world with great zeal and zest. It is the day when Lord Krishna, one of the famous incarnations of Lord Vishnu, was born. Hence, it is a significant festival amongst Hindus, especially Vaishnavites. On this holy day, people go to temples, worship the idols of Lord Krishna and provide him with certain offerings. Well, how are you planning to celebrate this great day?

If you haven't planned it yet, then it is better you decide to tour the following temples which are dedicated to Lord Krishna and where Krishna Janmashtami is celebrated with exuberance and high spirits. Some of these temple date back to several centuries, and hence are of great historical importance too. Wouldn't you love to know more about these Krishna temples? If yes, then read on!

Undoubtedly, one of the most popular Krishna temples in South India, Sri Krishna Matha is a beautiful temple complex dedicated to Lord Krishna and is located in the lively city of Udupi. As per records, the temple is said to have been established during the 13th century by Sri Madhvacharya, a Vaishnavite saint who had dedicated his entire life to god and worked for the welfare of the nation.

Today, the temple has gained a significant place amongst Hindu devotees and is visited by millions of tourists every year. During Sri Krishna Janmashtami, the temple is decorated with colourful lights and the entire atmosphere wakes up in elation.

Did you know Sri Krishna Matha at Udupi also houses a golden chariot? Wouldn't you love to see that? If yes, then plan a tour of Udupi now. You can also visit the nearby Anantheshwara Temple which is more than 1000 years old.

Whenever the talk is about beautiful temples built in the modern era, then the ISKCON temples have to be mentioned. Surrounded by beautiful gardens and boasting of commendable architecture, these temples never cease to astonish their visitors and the one in Bangalore is no exception.

The ISKCON Temple located in Bangalore is one of the most popular Krishna temples in Karnataka and is visited by tourists from all over the country. The temple was built in the year 1997, and since then it has been one of the most visited tourist spots in Bangalore.

The spectacular views of the temple during the festival of Sri Krishna Janmashtami when the entire complex is adorned with twinkling lights are certainly breathtaking. Therefore, you must visit this mesmerising temple while in and around Bangalore.

Another beauty frequented by thousands of Hindu devotees and tourists, Venugopala Swamy Temple at Mysore was built in the 12th century, and hence it is one of the oldest temples in the region. Located on the bank of KRS Reservoir, this enchanting temple provides its visitors with a soothing and rejuvenating environment.

If you are in and around Mysore and are looking forward to celebrating Sri Krishna Janmashtami with ebullience and merriment, then you must visit Venugopala Swamy Temple. You can also explore the beauty of the nearby Brindavan Gardens and feel the essence of divinity amidst its colourful atmosphere.

The most popular Krishna temple in Mangalore, Sri Gopala Krishna Temple is a perfect place to celebrate Sri Krishna Janmashtami. During this festival, the temple remains crowded with tourists and Hindus and the entire atmosphere wakes up in liveliness with enthusiastic devotees. The temple is frequented by people from all over the city and nearby towns. How about getting yourself to this sacred beauty and savouring godliness?

One of the few Krishna temples in Karnataka which are immensely popular on account of their historical significance, Balkrishna Temple is believed to have been established in the 15th century when the region was under the rule of the Vijayanagara Empire.

Even though it mostly visited by history lovers and local tourists, it certainly deserves to be explored as a religious site. This Krishna Janmashtami, you can plan a tour of Hampi and explore its ruined yet gorgeous places which are associated to Lord Krishna.

The idol of Lord Krishna, which once enhanced the beauty of the temple, is said to have been brought by Krishnadevaraya, the ruler of the Vijayanagar Empire, from a battle. Currently, the idol is kept in the State Museum of Chennai.

Comments
Read more about: india travel tourism temples pilgrimage festivals karnataka bangalore
Other articles published on Aug 31, 2018
We use cookies to ensure that we give you the best experience on our website. This includes cookies from third party social media websites and ad networks. Such third party cookies may track your use on Nativeplanet sites for better rendering. Our partners use cookies to ensure we show you advertising that is relevant to you. If you continue without changing your settings, we'll assume that you are happy to receive all cookies on Nativeplanet website. However, you can change your cookie settings at any time. Learn more
Change Settings Continue