Interesting Indian Places That Have A Unique Record To Their Name 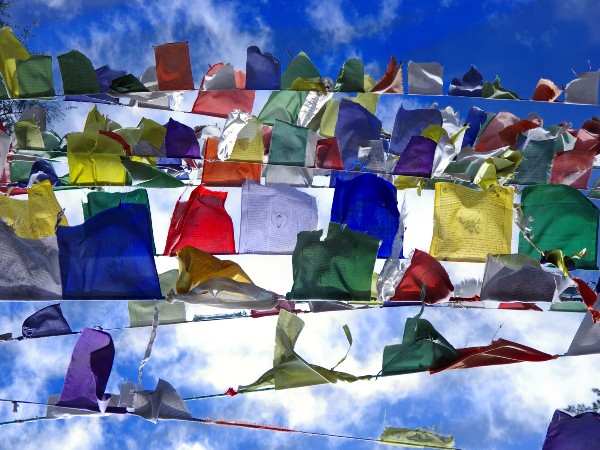 India's culture is rich, colorful, and varied. It has a long history of art and architecture that is still being developed today. The country has many different religions and spiritual beliefs, as well as strong traditions that are still practiced today. It is also home to many different languages-Hindi, Tamil, Telugu, Malayalam, and many more.

With so much to offer, of course, India has something different which is nowhere in the world or first in India from record-holding places like the First floating library and the Highest rail bridge in the world.

Here's a list of some of the most interesting Indian places that have a unique records to their name:

Ladakh is a region in the Himalayas, located in the state of Jammu and Kashmir. It is known for its high-altitude lakes, snowcapped peaks, monasteries, and Buddhist monasteries. The highest motorable road in the world is located here. Chisum-Demchok road, Located at a gigantic height of 19,000 ft above sea level is the World's highest motorable road in India. It is located in Umling La in Ladakh which also has its name in Guinness World Record.

Having a collection of over 500 books in three languages, which are English, Hindi and Bengali this floating library is known as the Young Readers' Boat Library. Located in Hooghly River in Kolkata, this one of its kind library which is initiated by West Bengal Transport Corporation. Image yourself reading whatever you want with so many options over a cruise. Yes! It's possible with this floating library which travels from Millenium Park to Belur Math and then returns to the starting point and it all will take a good 3 hours.

The largest freshwater lake in India, loktak lake is home to the floating village in India known as Champu Khangpok which is situated in Manipur, northeast India. It is next to Keibul Lamjao which is the only floating national park. The interesting fact is that the whole village rests upon floating biomass which is called phumdis. Champu Khangpok floating village remained untouched by COVID-19. There is no doubt that this place is full of records!

Highest Rail Bridge in The World

4) Highest Rail Bridge in The World:

This highest rail bridge in the world is located in the Reasi district of Jammu and Kashmir, India having a height of 359 m is known as Chenab Rail Bridge as it's built over the Chenab river. It is an Indian railway initiative having a concrete and steel arch bridge that connects Bakkal and Kauri. As per reports, the bridge has a lifespan of 120 years approximately and a design speed of 100 km.

Largest Weaving Village in The World

5) Largest Weaving Village in The World:

Assam has been a center for weaving since ancient times. This largest weaving village in the world is located in Assam's Sualkuchi, situated on the banks of the river Brahmaputra. The village still maintains its traditional style of weaving with wooden looms and bamboo threads. The Assam weavers are known throughout India for their skill at creating beautiful, intricate designs on textiles using both dyeing techniques and natural dyes where the whole population is involved in weaving gorgeous silk fabric.