Nativeplanet
»
Travel guide
»Excite Your Travel Buds By Hopping Along To Haathi Mahal In Madhya Pradesh!

Excite Your Travel Buds By Hopping Along To Haathi Mahal In Madhya Pradesh! 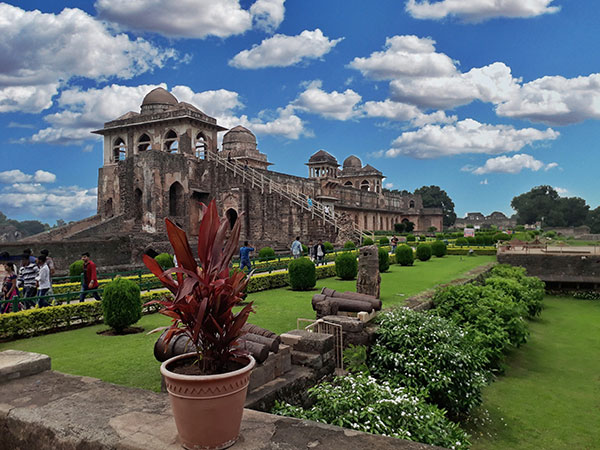 If we talk about the Mandu Town in the Dhar District of Madhya Pradesh State in India, Haathi Mahal is the most eminent tourist place of attraction which shall grab a lot of eyeballs. The Elephant Palace belongs to the Malwa's which are quite famous for their brilliant buildings and palace structures. Up to a sprawling 100 km, you shall find a couple of primitive buildings which is known as the Rock City. This gigantic structure is a prominent tourist destination which resembles a huge elephant.

How To Reach Mandu

By Air: The airport within closest proximity shall definitely be at Indore which is around 99 km away. The flights join to cities like Indore along with Delhi, Mumbai, Gwalior as well as Bhopal.

By Rail: Rail-head which is the closest? Take a guess at it. Yes, it is Ratlam. It is a major railway station, so almost all trains stop here.

By Road: When you talk about travelling via road, Mandu is quite well-connected to other cities. It is some 154 km from Ujjain, around 35 km from Dhar and around 285 km from Bhopal: if you go via Indore.

The Haathi Mahal is just 2 km from the mandu Bus Stop.

'Haathi Mahal' was the name suggested because it comprises of numerous pillars which are gigantic in size. An Indo-Islamic architectural style shall be reflected in its making while the heightened elevation of this place is 600 metres above sea level. The stone structure it has is magnanimous and built for a luxurious living which was later transformed into a beautiful mausoleum. You can peep at a few tombs in the interior and exterior of this palace area.

How about admiration of a beautiful mosque designed in true Islamic style? The most splendid part of this palace is its grand dome in the midst of the Elephant Palace. Did you know that the gigantic pillars that you shall find inside the palace are the sole reason why the huge dome is perfectly balanced! Even large windows and doors are also present. Thus, it has a lot of architectural importance and even the artistic skills of the artisans are of exemplary quality.

Can you guess another name for Haathi Mahal at Mandu Village? It is Mandavagad. This place has been gaining importance since the 11th century AD. When it comes to thinking about this extraordinary historical place being splattered with the richness of art and culture, doesn't a thought strike your mind as to by whom this place might have been ruled by? It was by the people of the Taranga Kingdom. This palace finally came into being in the 16th century AD, although it was under the aggressive control of the Mughals and Khilji rulers from the 12th century and upto the colonial era. However, the Tarangas remained the occupants of this palace for not many years. Now if we think of the 18th century, it later went on to become a traveller's paradise. It has now been established as a mausoleum for Darya Khan whose tomb has become prominent in this palace and has a sparkling glossy finish to it in red.

You can be sure of the fact that Haathi Mahal is now called a heritage site and it very much loved to be visited by tourists. It is a proud building which has been maintaining itself for a long time. It is one of the most exceptional places to view Islamic architecture with short strokes of the Indian touch. So, the moment you step foot into Madhya Pradesh, take full advantage of every opportunity to tour around and explore the architectural beauty and excellence of heritage going above par and of course the historical values possessed by Hathi Mahal which is truly cherishable and shall remain so for long. Do you know that it is also a wonderful place to explore the history of the central province of India?

Timings: You can visit this place at any time. However, the time duration between sunrise till sunset is deemed to be the best.

Entry Fees: It is absolutely free of cost!

Time Duration: You can always spend between 1- 1.5 hours in this place. 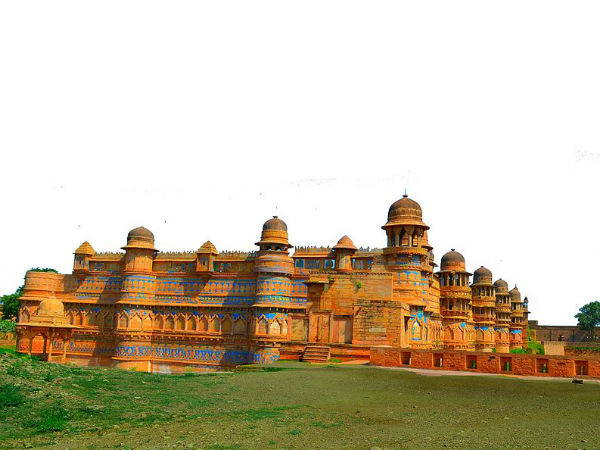