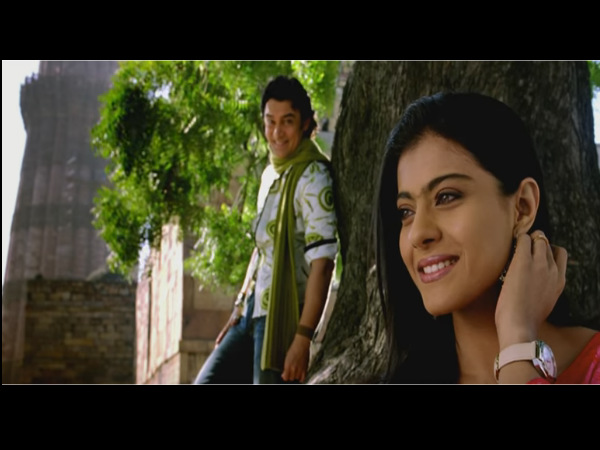 Delhi is much more than just the capital of India. Amidst all the political drama which keeps it in the limelight, the city has been an incredible tourist hub. It is a historical place worth visiting because of all the heritage structures that still stand tall today.

Today, these monuments not only serve as tourist spots but also as film shooting locations. Filmmakers have made use of these architectural heritages and other beautiful places worthy of capturing on the camera in the best way possible and we can't stop talking about them.

Want to know some mesmerising film shooting locations in Delhi and which films were shot here? Have a look at this photo tour which will remind you of those places and visuals of movies.

None can return without visiting the Qutb Minar in Delhi. The brain-child of Qutb al-Din Aibak is now the most visited destination in India. This UNESCO Heritage Site also serves as one of the famous film shooting spots in Delhi. The films like Fanaa - 'Chand Sifaarish' song, Jannat 2 and Black and White have been shot here.

Jama Masjid is one of the beautiful heritage structures built during the time of the Mughal Emperor Shah Jahan. Today, it is one of the largest mosques in India. Jama Masjid Complex is one of the common locations picturised in Hindi movies and serials. It has been a part of movies like Delhi 6, Kurbaan, Sultan, etc.

It is said that Humayun's Tomb was an inspiration for the design of Taj Mahal in Agra. Yes, Humayun's Tomb was a one-of-its-kind architecture which was commissioned by Humayun's wife Bega Begum. The heritage complex of Humayun's Tomb is one of the top tourist places in Delhi. Films like Mere Brother Ki Dulhan, Kurbaan, Bajrangi Bhaijaan, Fitoor, etc., have been shot here.

Never miss a visit to the Chandni Chowk on your trip to Delhi as it is one of the oldest markets in the city. Chandni Chowk was commissioned by Shah Jahan for his daughter Jahanara. The aura of this age-old market has been captured in several movies like Delhi 6, Delhi Belly, Band Baja Baraat, Fukrey and so on.

Agrasen Ki Baoli has a rustic charm which attracts locals and tourists from across the globe. Although it lies hidden under the heavily commercialized locales, Agrasen Ki Baoli is one of the incredible architectures in Delhi. Some say it is haunted while some love to hang out here; Agrasen Ki Baoli has been shot in Bollywood movies like PK and Jhoom Barabar Jhoom!

India Gate is one of the major landmarks in Delhi. This war memorial is one of the famous architectures in India. Surely it has been one of the popular film shooting locations in Delhi. It has been beautifully picturised in movies like Rang De Basanti, Chak De India, etc.

There is no question of missing Red Fort in Delhi. It is one of the famous monuments in India which was built by Mughal Emperor Shah Jahan. Today, the Red Fort - Lal Quila is also one of the best film shooting locations in Delhi. Bollywood films like Delhi 6, Bajrangi Bhaijaan, etc. have been shot around the complex.

Comments
Read more about: bollywood heritage unique travel ideas delhi
Other articles published on Feb 9, 2017
We use cookies to ensure that we give you the best experience on our website. This includes cookies from third party social media websites and ad networks. Such third party cookies may track your use on Nativeplanet sites for better rendering. Our partners use cookies to ensure we show you advertising that is relevant to you. If you continue without changing your settings, we'll assume that you are happy to receive all cookies on Nativeplanet website. However, you can change your cookie settings at any time. Learn more
Change Settings Continue