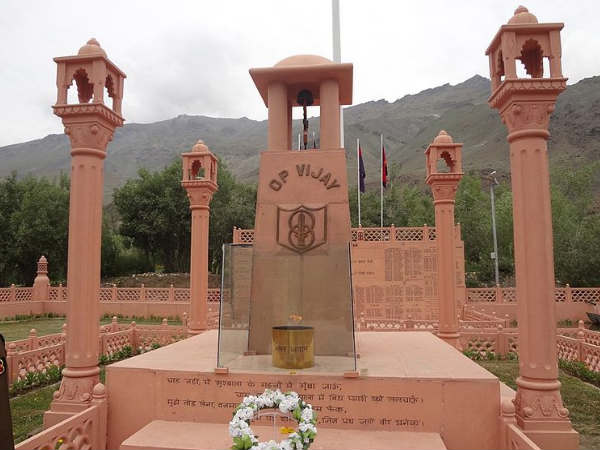 Have you thought of going to a war travel site where major wars were fought? Though India may seem to be a perfect place for a honeymoon or a vacation, it is a country rich on its cultural and historical front too. The wars and battles taken place in the country has left its mark all over the nation like a shadow. This article takes you to some of the war sites in India.

The historic battle between Pandavas and Kauravas mentioned in the Hindu epic Mahabharatha was fought in the city. This is also the place where Lord Krishna preached the Bhagavat Gita to Arjuna. There are many places of tourist potential in the city like Bhishma Kund, Brahma Sarovar and Jyotisar that have historic relevance.

The Jallianwala Bagh is a public garden in the city of Amritsar that rose to significance after the brutal massacre of Jallianwala Bagh which brutally ended many innocent lives in the country. A memorial was erected on the site as a loving memory of who fell victims to the ruthless firing held in the place.

The Battle of Imphal which took place during the Second World War has a significant mention in the world history. This was the place where the Japanese army was first defeated in Asia. The Japanese troop were trying to conquer India by destroying the allied forces of Imphal. A war cemetery has been set up in this war travel site as a tribute to the soldiers who lost their lives in the Second World War.

The famous Kargil War of 1999 was fought here in the mountainous terrains of Kargil which is close to the Line of Control. The war was fought between India and Pakistan and was also called as Operation Vijay. Apart from the historic relevance, the place is also popular for its monasteries.

The city of Delhi is one of the most important destinations of war travel in India. The city has seen several big and small wars and battles in the past which made Delhi popular in the books of history. A few war sites in Delhi which are historically important include the Delhi Gate and Khooni Darwaza.

There are many battles and wars associated to the city of Mysore. Several Anglo-Mysore wars were fought here which involved great rulers like Tipu Sultan. However, these wars that were fought between 1767 and 1789 were the greatest threat to the British forces ever since they established dominance over India.

India has much more to boast of with regard to culture, heritage, history and tourism. Visit these war sites for a virtual travel experience of the lands were they were fought.