Nativeplanet
»
Travel guide
»EME Temple In Vadodara – One Of Its Kind

EME Temple In Vadodara – One Of Its Kind 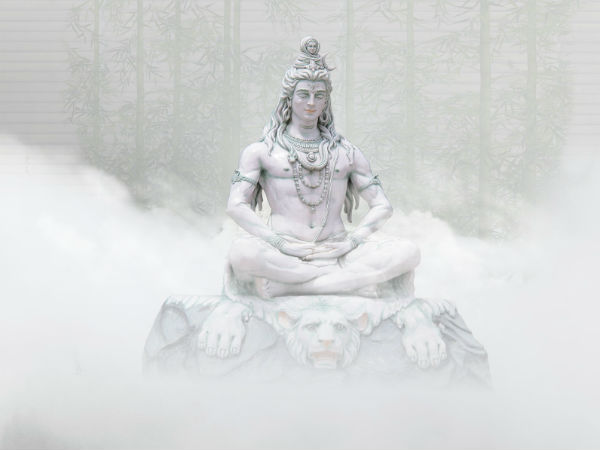 A cosmopolitan city on the banks of Vishwamitri river in the state of Gujarat, Vadodara was once a trading town in the early Medieval Period of India. However, today, it is famous for its ancient monuments and natural sites, which include forts, palaces, gardens, lakes and museums, and is frequented by thousands of tourists every year.

But, did you know there are still numerous places in Vadodara which are left to be explored? One such unexplored place is EME Temple, a newly built temple known for its unique theme and architecture. Would you like to visit this unknown and hidden marvel of Vadodara? If yes, then read on to know more about EME Temple in Vadodara and how to reach it.

As Vadodara experiences a semi-arid climate, the region in around EME Temple remains hot and dry during the summer season. Hence, it is a least-preferred tourist spot during the summers. If you are looking to avoid the summer heat and explore the beauty of this temple, then the best time to visit is from September until the end of March.

How To Reach EME Temple

By Air: As the temple is located within the boundaries of Vadodara, you can take a direct flight to Vadodara airport and then from there you can hire a cab to reach EME Temple. The distance between the temple and the airport is around 15 km.

By Rail: Vadodara is well connected to all major cities and towns by rail and hence, you can catch a direct train to Vadodara railway station. Once you have reached the station, you can take a taxi to reach EME Temple. The distance between the temple and the station is about 18 km.

By Road: The region of EME Temple has a good road connectivity and hence, you can easily approach it by road.

The History And Significance Of EME Temple

Otherwise known as Dakshinamurty Temple, EME Temple is an old temple built in Vadodara with its sanctum dedicated to Lord Shiva. The temple was built in the year 1966 by the Indian Army and has derived its name from the army department of Electrical and Mechanical Engineering (EME), which was behind the overall construction and maintenance of the temple.

The temple is constructed in the modern style of architecture and hence, it boasts of its unique concept and design. With its structure covered in aluminium sheets, EME Temple also represents secularism as you can spot different sections of the temple showcasing the beauty of different religions around the world. It is certainly one of its kind and hence, it must be visited by every tourist and traveller who is looking forward to witnessing something new.

Why You Should Visit EME Temple

The major reason why one must catch a glimpse of this unique temple lies in its secularism promoting architecture. The dome of the temple is built in the Islamic architecture, while the holy pot, also known as kalasha, placed above the dome represents Hinduism.

The sanctum of the temple is dedicated to Lord Shiva and the tower installed above the idol of Lord Shiva showcases Christianity. While the top of temple tower is built as per Buddhist concepts, the entrance of the temple is constructed in accordance to the Jain principles and the presence of fire in the temple showcases Zoroastrianism.

Where else you can find such an amazing religious building? As the temple is under the care of the Indian Army, the compound of temple maintains a peaceful and relaxing aura. The presence of a beautiful garden all around the temple adds to the existing charm of the temple. So, what do you think of visiting this wondrous beauty in Vadodara now?

Comments
Read more about: india travel tourism temples vadodara gujarat pilgrimage
Other articles published on Jun 26, 2018
We use cookies to ensure that we give you the best experience on our website. This includes cookies from third party social media websites and ad networks. Such third party cookies may track your use on Nativeplanet sites for better rendering. Our partners use cookies to ensure we show you advertising that is relevant to you. If you continue without changing your settings, we'll assume that you are happy to receive all cookies on Nativeplanet website. However, you can change your cookie settings at any time. Learn more
Change Settings Continue