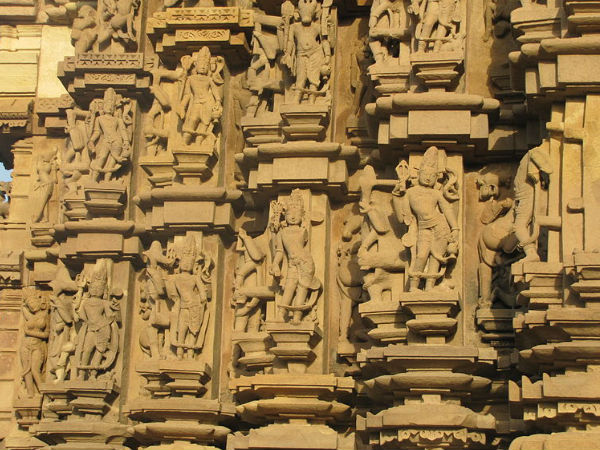 When many would have heard about Kandariya Mahadeva Temple at Khajuraho, the Duladeo Temple is not among the popular temples of the place. Let us get to know more about this beautiful work of art!

The temple is categorised as a 'norandhara' temple, which means it is a temple with no ambulatory path. Duladeo temple is built using Nagara style of architecture, representing Mount Kailash which is the abode of Lord Shiva.

Read about the Khajuraho Temples of Love

Apart from the shivalinga, the temple has idols of other Gods and Goddesses like Lord Ganesha, Goddess Parvati and Goddess Ganga. The word 'Vasala'is inscribed on various parts of the temple. This is believed to be the name of the chief sculptor of the temple.

How to Reach Khajuraho